The Bombings of America That We Forgot

Construction workers and policemen stand around a pile of rubble in the police headquarters building after a bombing by the Weathermen Underground Organization, an offshoot of the SDS, New York, June 9, 1970.
David Fenton—Getty Images
Ideas
By Bryan Burrough

Today, fifteen years after the 9/11 attacks, the explosion of a bomb remains a very big deal in this country. Detonating even the simplest pipe bomb, whether the work of some fringe militant group or a Unabomber-like kook, can draw the attentions of literally hundreds of journalists, photographers and law-enforcement personnel, not to mention rivet the rest of the country, as has been the case with the weekend’s casualty-free bombings in New York and New Jersey.

It may be hard to recall now, but there was a time when most Americans were decidedly more blasé about bombing attacks. This was during the 1970s, when protest bombings in America were commonplace, especially in hard-hit cities like New York, Chicago and San Francisco. Nearly a dozen radical underground groups, dimly remembered outfits such as the Weather Underground, the New World Liberation Front and the Symbionese Liberation Army, set off hundreds of bombs during that tumultuous decade—so many, in fact, that many people all but accepted them as a part of daily life. As one woman sniffed to a New York Post reporter after an attack by a Puerto Rican independence group in 1977: “Oh, another bombing? Who is it this time?’”

The underground groups of the 1970s were a kind of grungy, bell-bottomed coda to the protests of the 1960s; their members were mostly onetime student leftists who refused to give up the utopian dreams of 1968. While little remembered today, there was a time during the early 1970s when the U.S. government—the Nixon Administration—considered these groups a genuine threat to national security. Alarmed by a series of Weatherman attacks, Nixon told J. Edgar Hoover during a June 1970 Oval Office meeting that “revolutionary terror” represented the single greatest threat to American society. Hoover promised to do what he could, which wasn’t much.

As paranoid as Nixon could be, it was hard to argue with his line of thinking: Bombing attacks were growing by the day. They had begun as crude, simple things, mostly Molotov cocktails college radicals hurled toward ROTC buildings during the late 1960s. The first actual bombing campaign, the work of a group of New York City radicals led by a militant named Sam Melville, featured attacks on a dozen buildings around Manhattan between August and November 1969, when Melville and most of his pals were arrested.

Weather’s attacks began three months later, and by 1971 protest bombings had spread across the country. In a single eighteen-month period during 1971 and 1972 the FBI counted an amazing 2,500 bombings on American soil, almost five a day. Because they were typically detonated late at night, few caused serious injury, leading to a kind of grudging public acceptance. The deadliest underground attack of the decade, in fact, killed all of four people, in the January 1975 bombing of a Wall Street restaurant. News accounts rarely carried any expression or indication of public outrage.

Consider what happened when another Puerto Rican group detonated a small bomb in a Bronx cinema while a rapt crowd watched a movie called The Liberation of L.B. Jones. When police ordered everyone to leave, an NYPD spokesman complained, the audience angry refused, demanding to see the rest of the movie. When police insisted, “They about tore the place apart.”

The epidemic of bombings eased as the decade wore on, though this wasn’t readily apparent in San Francisco, where explosions remained so prevalent that, after an especially nasty series of attacks in 1976, an FBI spokesman termed the city “the Belfast of North America.’” And the violence actually grew more deadly as the number of underground groups dwindled and grew more desperate; the deadliest year for underground violence was 1981, when eleven people were killed in bombings and bank robberies gone bad.

Why do we recall so little of this? It’s a good question. Conservatives say it’s because the liberal media wanted to let the radicals off easy. It’s also possible that, as a people, we only remember the events we want to. Yet another possibility is that the violence of the 1970s was forgotten in large part because none of the participants—both the leftists facing prison, and the authorities who chased them in vain all those years—had much incentive to make us remember. With no one telling the story, the story melted away.

Bryan Burrough is the author of Days of Rage: America’s Radical Underground, the FBI and the Forgotten Age of Revolutionary Violence. 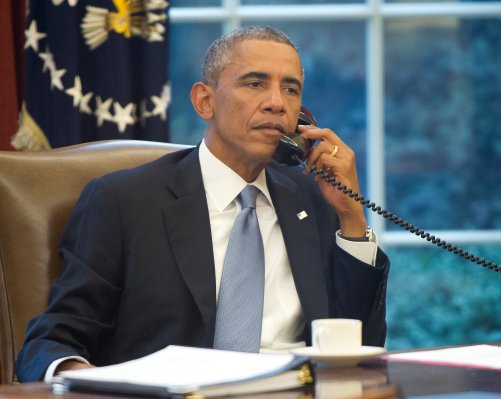 The Other Forever War Anniversary
Next Up: Editor's Pick