New York State voter registration documents show that Holt has been a registered Republican in the state since 2003.

Trump’s comments to Fox News’ Bill O’Reilly, which were offered without any evidence to support the claim, are part of a time-honored tradition of alleging moderator bias and expectations-setting before a presidential debate.

“By the way, Lester is a Democrat. It’s a phony system. They are all Democrats. It’s a very unfair system,” Trump said of the debate moderators.

The NBC newsman, regarded by both parties as a straight shooter, is set to moderate the first debate on Sept. 26.

Trump has not been alone in criticizing the objectivity of debate moderators. Hillary Clinton’s campaign sent out a pair of fundraising appeals off NBC anchor Matt Lauer’s performance anchoring a back-to-back candidate town hall earlier this month.

Fox News anchor Chris Wallace, who is set to moderate the third debate, is a longtime registered Democrat, which he has explained as a matter of pragmatism as a resident of Democrat-dominated Washington, D.C. Public records searches for the remaining debate moderators returned no partisan affiliation.

Spokespeople for NBC did not respond to requests for comment on Trump’s attack or Holt’s voter registration. 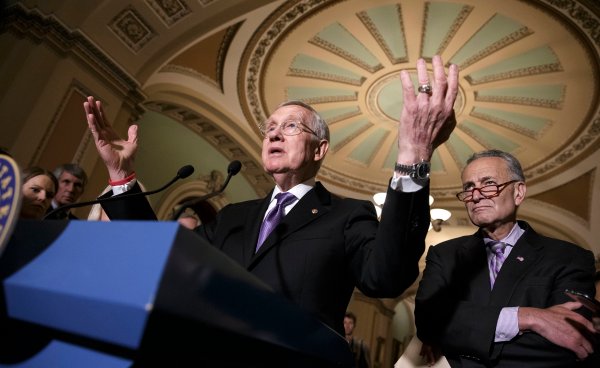 Harry Reid: Donald Trump Is 'Faking' His Net Worth
Next Up: Editor's Pick