A veterinary from Saving the Survivors and RHINO911 crew attend to a previously wounded Rhino during an operation of RHINO911 Non Governamental Organization at the Pilanesberg National Park in the North West province, South Africa, on Sept. 19, 2016.
Gianluigi Guercia—AFP/Getty Images
Ideas
By Jared Leto and Carter Roberts

There is rarely a cure-all to save a threatened species. Wildlife conservation almost always requires addressing a complex matrix of interlocking problems.

Take for example tigers in Asia. They face habitat loss, depleted prey, conflict with humans, and poaching for their skins, bones, and other body parts. Half a world away, North America’s iconic monarch butterfly migration is being destroyed by deforestation, runaway agriculture expansion, and climate change.

Silver bullets don’t typically exist in this line of work. But every once in a while, an opportunity presents itself that can change the game. In the fight to save Africa’s rhinos, one of those moments is at hand. Vietnam can shut down its rhino horn trade and rewrite the future for rhinos in the wild.

Rhinos are being systematically hunted down for their horns. In South Africa, home to the world’s largest rhino population, nearly 6,000 rhinos have been poached since 2007.

Responsibility lies heavily on demand in Vietnam. The poaching crisis erupted a decade ago when a rumor began circulating in Vietnam that rhino horn cures cancer (it doesn’t). A few years later, the last known Javan rhino in Vietnam—belonging to a rare Southeast Asian species—was found dead with its horn hacked off.

The initial frenzy for the horn’s unproven health benefits has since metastasized into a status symbol race. In Vietnam, rhino horn is gifted whole to a family member or potential business partner, or ground into a powder for consumption as a party drug or cure for hangovers. Like the cancer link, there is no scientific evidence that it has any effect at all. Nonetheless, the horn is equated with social mobility and success, booming in popularity alongside an emerging Vietnamese middle-upper class.

Thus far, Vietnam’s government has done little to nothing to end the slaughter. Poaching of rhinos in Africa continues unabated, despite intense efforts by African governments to combat it.

Complicating things further, the poaching is bankrolled by global organized crime syndicates, who can rapidly switch targets as they did in 2015 when rhino poaching spiked in Namibia and Zimbabwe.

The good news is that quashing demand in Vietnam would take the bulk of poaching pressure off Africa’s rhinos. But that’s no easy feat.

In Vietnam, celebrities have spoken up to end the slaughter, and there have been public efforts to reduce consumer demand. The “Chi” campaign led by TRAFFIC and WWF argued to urban Vietnamese men that self-esteem comes from within, not from some animal part (the reality is that rhino horn has essentially the same makeup as human fingernails). But changing consumer behavior cannot happen overnight. It takes time, which Africa’s rhinos don’t have. And reason has its limits when pitted against a lucrative illicit trade.

At this point, the fate of Africa’s rhinos depends largely on the will of Vietnam’s government. In response to increasing criticism, Prime Minister Nguyen Xuan Phuc just last week issued a new directive instructing authorities across the country to take urgent measures to prevent and combat illegal wildlife trade. This is a hopeful signal, but it needs to be followed up with concrete actions and timetables.

Legally, sale of rhino horn is prohibited in Vietnam, as it has been worldwide since 1977. In practice, however, the country has done little to stop the trade. Major seizures have not occurred within Vietnam, despite a wealth of information and intelligence provided to Vietnamese authorities. There have been no prosecutions for rhino horn, despite vast evidence of a thriving market.

Just last month, chilling details emerged from a year-long investigation into known trafficking hub Nhi Khe, a village on the outskirts of Vietnam’s capital city Hanoi. Horn representing up to 579 individual rhinos had been sold.

The information was only made public after the Vietnamese authorities failed to fully shut down the market.

This weekend, 182 world governments meet in Johannesburg, South Africa for the 17th Conference of Parties of the Convention of International Trade of Endangered Species (CITES). Countries will negotiate the fate of hundreds of species threatened by trade, with rhinos high on the agenda. It is an opportunity—perhaps a last chance—for Vietnam to step up on its own and help end this vicious trade.

The rest of the global community has a role to play, too. Countries should hold Vietnam accountable if it fails to make progress, as it has failed so far.

The world is watching and has grown restless. Vietnam has a choice to make—agree to and demonstrate real progress against time-bound measures to stop the trafficking of rhino horn into its markets, or face the threat of trade sanctions under CITES.

The fate of one of the most beloved creatures on this Earth hangs in the balance. 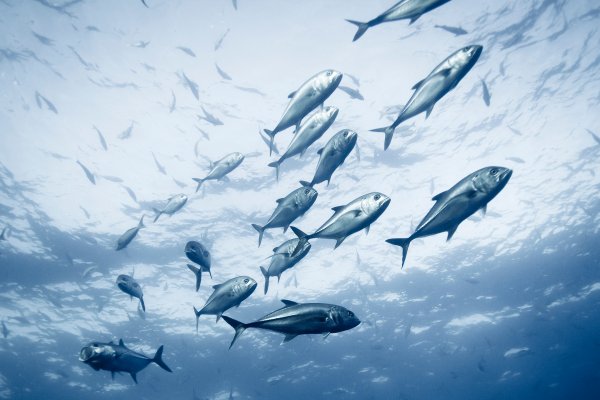 Extinction in the Oceans Will Hurt Large Animals First Thanks to Human Activity
Next Up: Editor's Pick