Apple Watch 2 Review: Smarter, Faster, and Vastly Better Where It Matters Most

The good: Better battery life, location-tracking when iPhone isn’t nearby, water resistant
The bad: An iPhone still necessary for most tasks, lacks some fitness metrics
Who should buy: iPhone owners looking for a durable fitness tracker and general purpose smartwatch

When Apple CEO Tim Cook introduced the Apple Watch in 2014, he called it a “comprehensive health and fitness device.”

One could understand why he would choose these words to describe the new wearable. Like Fitbits and other activity trackers, it can measure steps taken, calories burned, distance run or walked, and a wearer’s heart rate in addition to logging specific workouts. Plus, it’s capable of doing things many dedicated fitness trackers cannot, such as running third-party apps, showing a wide range of smartphone notifications on the wrist, and taking voice dictation as well as calls.

But the original Apple Watch fell short in a few areas compared to other health-oriented wearables: It didn’t have a GPS sensor, so those wishing to map their route would have to lug their phone around during an outdoor run or bike ride. It was also susceptible to water damage, making it an undesirable choice for swimmers. Its first-generation, built-in fitness software had limitations.

Apple has addressed these shortcomings and more with its second smartwatch, the Apple Watch Series 2, which comes with integrated GPS, a water-resistant design, and a faster processor. Wearers still need to keep their phone nearby to get the most out of their Apple Watch, and it doesn’t come with all of the features that dedicated fitness trackers do. Even so, the improved durability and performance represent a huge leap forward.

Apple is also rolling out new finishes for the Series 2, which include a special edition Nike Plus version that comes with custom watch faces and a sporty strap that’s more breathable. The Apple Watch Edition model in the Series 2 line is made of ceramic rather than gold and starts at $1,249.

Here’s a look at what it’s been like to use the Apple Watch Series 2, which is available now starting at $369.

Through its new hardware and software, the latter of which is available for first-generation devices, Apple has made it clear that fitness is going to be an even larger focus for its smartwatches moving forward. The watch’s new hardware makes it a better choice than the older model for swimmers and runners in particular, since it’s capable of withstanding water submersion of up to 50 meters and includes a GPS sensor for tracking distance, pace, and location when your phone isn’t nearby.

The new watchOS 3 software brings a speed boost and new health tracking features as well. These include a new watch face that shows your Activity rings, the ability to share activity with others, guided breathing exercises, and a new view that shows more metrics on screen more clearly during workouts among other additions. Taken together, all of these changes make the Apple Watch a more capable fitness tracker than ever before.

To test the watch’s GPS functionality, I went for a 20-minute run around my neighborhood while leaving my phone at home. During the run, I was able to view metrics like distance and pace on the watch face. When I returned home and connected the watch to my iPhone via Bluetooth, a map of my run appeared in the Activity app on my phone, despite the fact that my phone wasn’t anywhere near the watch during my workout. The map is color coded to indicate areas in which my speed changed during the route. It doesn’t map your route in real time as you’re running, though, and the map is only visible on your iPhone, not your Apple Watch.

There are also a few subtle additions that make it easier to navigate the watch during workouts thanks to watchOS 3. Pressing the side button and the digital crown at the same time now pauses a workout, making it easier to take breaks without logging a few seconds of resting time by accident. The software can now automatically pause a run when you stop, say at a stop light, and resume when you get going again.

Since the Series 2 watch is water resistant, Apple has added a few features aimed specifically at swimmers, such as the Workout app’s new pool swim and open water workout options. I wasn’t able to test the watch while swimming, but I’ve worn it in the shower and have submerged it in large cups of water, and it’s always performed just fine. When you start a swimming workout, the Apple Watch automatically locks its screen to prevent the display from responding once it hits the water. If you’re going to be wearing the watch in the shower or when it’s raining, you can also choose to manually water lock the screen. The Apple Watch Series 2 expels water by ejecting it from its speaker, which can be done by twisting the Digital Crown after shutting off the screen lock. In practice, it’s really neat.

WatchOS 3 brings another crucial fitness feature to the Apple Watch that rivals have long offered: the ability to share activity data. With the update, you can give certain contacts access to your Activity Rings, step count, distance walked or ran that day, exercise minutes, and calories burned. The idea is to provide shared incentives (or just plain bragging rights) with your friends.

The Apple Watch Series 2’s new sensors and software make it a more powerful fitness tracker that can accomplish more when your phone isn’t nearby. But some competing products offer additional metrics and features not present on the Apple Watch. Samsung’s Gear Fit2 also includes its own GPS chip, but allows you to view maps right on your wrist rather than having to pull out your phone to see your route. Fitbit’s trackers can measure elevation too, which tells wearers how many flights of stairs they’ve climbed each day. Plus, Apple doesn’t have a feature that allows watch owners to track their sleep by default, although there are third party apps that do so.

None of these competitors, however, offer these features in a slicker or more fashionable package than the Apple Watch.

Performance
Fitness may be the focus, but it’s not the only area Apple has improved. The second iteration of Apple’s smartwatch also comes with a brighter display, a faster processor, and a larger battery. These are the kinds of incremental changes that go a long way toward making the Apple Watch a much better all-around device.

Specifically, Apple claims the new watch’s screen is twice as bright as that of its predecessor. It’s also the most luminous display Apple has ever shipped, according to the company, although I didn’t notice too much of a difference in everyday use. It can still be hard to read in truly direct sunlight, for example.

The Apple Watch Series 2 includes a new dual core processor that’s 50 percent faster and a GPU that’s said to deliver two times the graphics performance of Apple’s first watch. Apple will also update its original watch with these internal components, bringing the starting price up slightly to $269 from $250 for the first first generation model, now dubbed Apple Series 1. This was most noticeable when launching Siri and opening apps, with everything loading slightly faster on the Series 2 versus the older model with original components. This combined with the speedier watchOS 3 software make using the watch feel much more fluid.

The Series 2’s larger battery is meant to accommodate additions like its GPS sensor and brighter display that suck up more power. I don’t use GPS-hungry features like the Workout app too often, and I found that the Series 2 lasts noticeably longer on a single charge than the older model. While I typically get a full day out of the original Apple Watch, I’ve been getting roughly a day and a half out of the new model. After a full day’s worth of use, the battery was at 14 percent at 2 p.m. the following day after I had used the watch to log workouts and view notifications. It’s worth remembering that battery life will always vary depending on individual use cases; those who go on long runs, stream music from their watch frequently, and receive a lot of notifications will probably get less mileage.

Conclusion
With integrated GPS, water resistance, and longer battery life, the Apple Watch feels more comprehensive and useful. It’s what the original Watch should have been, and it’s another step closer to a future in which we’re not as closely tethered to our phones. That being said, if you don’t particular care about being able to track your route while running or swimming, you may want to opt for the upgraded Series 1, which comes with the same improved processor as the Series 2 but is $100 cheaper.

Other tech companies have already made bigger strides toward this goal, however. Samsung’s new Gear S3, for example, is available in an LTE variant that allows it to connect to a cellular network just like a smartphone. Smartwatches have been capable of connecting to cell networks for years, but these older models were too bulky and expensive to be feasible.

Apple isn’t there yet, but it doesn’t necessarily have to be. I trust there’s a good reason the Apple Watch doesn’t support cellular connectivity, likely because of the impact it would have on battery life or some other usability hurdle. But adding capabilities like GPS, which was fairly uncommon in smartwatches until recent years, gives Apple more of an edge to solidify its spot at the top when it comes to the smartwatch space. 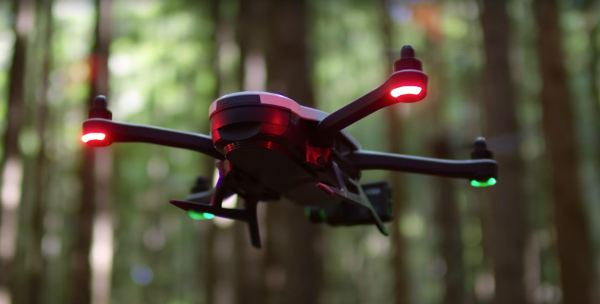 Meet GoPro's First Drone, the Karma
Next Up: Editor's Pick