U.S. Granted Citizenship to Deportees Due to Fingerprint Flaws

The U.S. has granted citizenship to nearly 900 people who had been ordered deported or removed under different names due to flaws in how it keeps fingerprint records, officials said Monday.

The Department of Homeland Security’s Office of Inspector General said in a new report that the hundreds of potentially ineligible immigrants slipped through the system because Homeland Security and the FBI have incomplete fingerprint records of deportees.

“This situation created opportunities for individuals to gain the rights and privileges of U.S. citizenship through fraud,” Inspector General John Roth said in a statement.

The Office of Inspector General said the records are missing from Homeland Security’s digital records because paper-based fingerprint cards used before 2008 were not consistently digitized and uploaded into the repository. Fingerprints were not always consistently forwarded to the FBI, it said.

About 148,000 fingerprint records of immigrants who had been ordered deported or who are criminals or fugitives have yet to be digitized, according to the report. 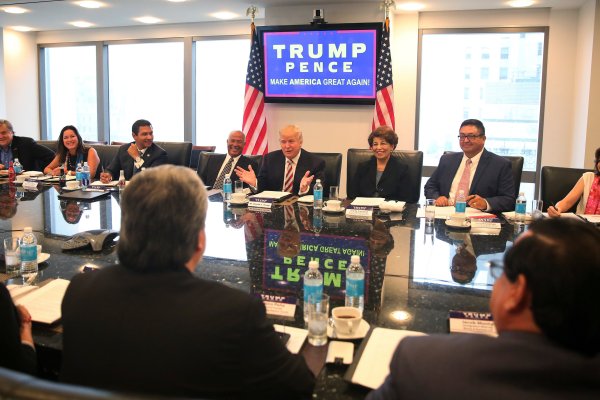 Latinos For Trump Founder Wants To Prevent 'Taco Trucks On Every Corner'
Next Up: Editor's Pick