Refugees and migrants stand at the closed gate of the Moria migrant camp, after a fire at the facility, on the island of Lesbos, Greece, Sept. 19, 2016.
Manolis Lagoutaris—Intime/Reuters
By Tekendra Parmar

At least 4,000 people were evacuated from the Moira refugee camp on the Greek island of Lesbos Monday after a fire destroyed many make-shift homes.

The camp is one of the largest in Greece, housing some 5,600 migrants and refugees, though it has the capacity for just 3,600, reports the BBC.

No injuries were reported in the blaze and some migrants have been allowed to return to the camp. But damage was widespread. According to Aris Vlashopoulos, an aid worker with Swiss charity SAO, 30% of the camp was destroyed.

“People are returning to the camp now as I can see. But the biggest number of the refugees are already on the streets, sleeping outside,” Vlashopoulos said.

Police are unsure what caused the fire, but one aid worker told the BBC it started after a dispute over food. According to the Greek state-news agency ANA, fights started in the camp on Monday after rumors of mass deportations to Turkey.

After making perilous boat journeys from Turkey, many migrants land in Lesbos and other Aegean islands where they are held while their asylum application is processed. Those granted asylum are allowed to travel to the Greek mainland while those who are refused are turned back. 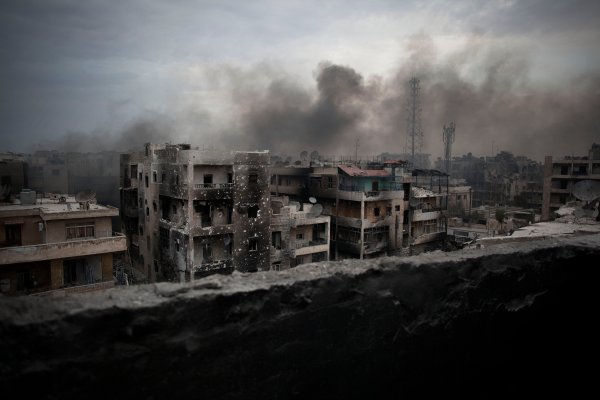