Texas Man Plotted to Blow Up a Building, Authorities Say

A 50-year-old Houston man was set to appear in federal court Monday on charges that he attempted to transport explosives in an attempt to carry out a bombing, according to U.S. Attorney Kenneth Magidson.

Cary Lee Ogborn was arrested Friday after he picked up a package that he believed contained explosives powerful enough to destroy a building or vehicle. The package, however, was part of an FBI sting.

Officials allege that Ogborn used the internet to attempt to purchase explosive, hiding his identity and location online through an encrypted network of computers. His attempt to use an online marketplace find a seller actually led him to an undercover FBI agent.

Ogborn has a long history of arrest, according to the Houston Chronicle, including convictions for drug and illegal firearm possession.

If convicted, he could face up to 10 years in prison. 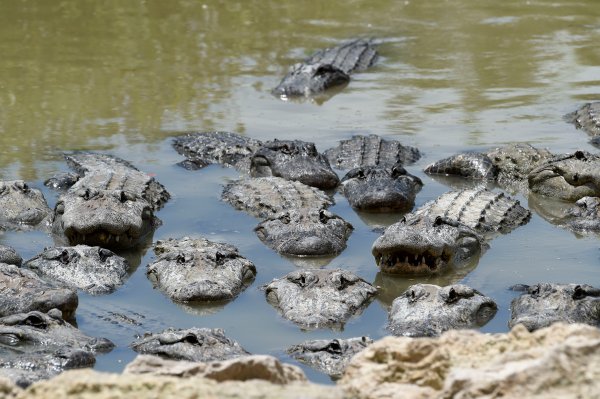 Alligator Attacks Homeless Man in Florida
Next Up: Editor's Pick