A group of 50 former government officials signed an open letter calling on Donald Trump to release information about his business dealings abroad.

The letter was signed by Hillary Clinton supporters and prominent Republicans, all of whom say the next president will take office at a complex moment in world affairs. Because of that, the letter says, the next president of the U.S. should champion policies that are “motivated exclusively by what is in America’s best interest, not by the financial interests of our president,” the New York Times reports.

“Donald Trump still has not revealed to the American public his international business relationships, even as it becomes increasingly clear that his overseas ties could well constitute significant conflicts of interest when it comes to charting U.S. foreign policy,” the letter says.

The signatories of the letter also call on Trump to pledge to “divest himself of his overseas business interests should he win the presidency.”

Democratic presidential nominee Hillary Clinton has faced similar scrutiny for her work with the Clinton Foundation and donations it has received from foreign entities. Former president Bill Clinton has announced several steps the Clintons would take to curb concerns about conflict of interest should Hillary win the election.

The New York Times says the letter was written after Newsweek reported on business dealings Trump had n China, India and Russia, as well as with the former dictator of Libya.

The Trump campaign denounced at least one of the letters signatories, saying the inclusion of Wendy Sherman, who served as a key negotiator for the Iran nuclear deal, delegitimizes the letter.

Read the whole letter at the New York Times. 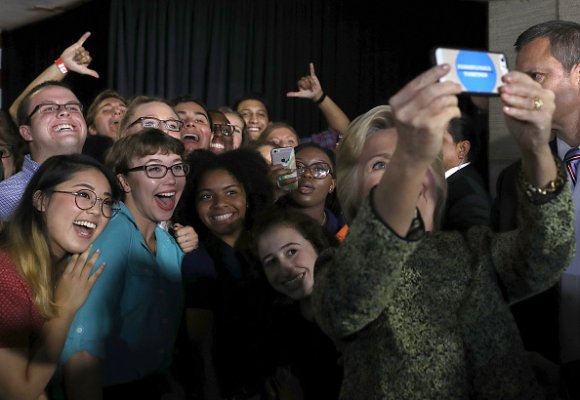 Clinton: 'America is Better Than Donald Trump'
Next Up: Editor's Pick