In honor of the 90th anniversary of A.A. Milne’s first Winnie-the-Pooh book, a new face is set to appear in the Hundred Acre Wood. Penguin will join Piglet, Tigger, Eeyore and the rest of Pooh’s animal friends in the upcoming The Best Bear in All the World, according to Entertainment Weekly.

Inspired by an old photo in which Milne and his son — the real-life Christopher Robin — can be seen playing with both a stuffed penguin and the teddy bear that became Winnie-the-Pooh, author Brian Sibley will introduce the Antarctic bird in a story titled “Winter: in which Penguin arrives.”

“While pondering what other toys Christopher Robin might have owned but which were never written about, I remembered seeing a photograph of father and son playing on the nursery floor with Winnie-the-Pooh and – a penguin!,” Sibley said. “The thought of Pooh encountering a penguin seemed no more outlandish than his meeting a kangaroo and a tiger in Sussex wood, so I started thinking about what might have happened if, on a rather snowy day, Penguin had found his way to Pooh Corner…”

The Best Bear in All the World will be released Oct. 25. 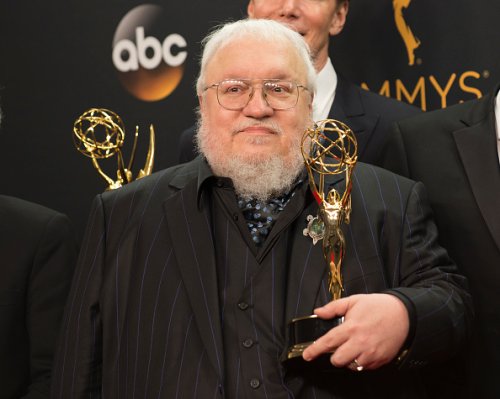 George R.R. Martin Inspires New Hope for a Game of Thrones Prequel
Next Up: Editor's Pick