After several days of recovering from pneumonia at home, Democratic Nominee for President of the United States former Secretary of State Hillary Clinton returns to the campaign trail beginning her day by greeting the Press Corp aboard the campaign plane bound for Greensboro, North Carolina, in White Plains, New York on Thursday September 15, 2016.
The Washington Post—The Washington Post/Getty Images
By Sam Frizell

For months journalists complained they couldn’t get Hillary Clinton to answer questions from her traveling press entourage, while Donald Trump cavorted with reporters and appeared on television ad nauseam.

Now the tables have turned.

In the past two weeks, Clinton has taken informal and formal questions from traveling reporters on at least eight occasions, while Trump has not taken questions at a formal press conference for more than 50 days.

Clinton welcomed reporters onto her plane on Labor Day, got chummy with the press photographers, spoke with reporters after recovering from pneumonia and most recently took questions twice in the two days after the bombing in New York City that injured 29 people.

She has answered questions on a wide range of topics from handling ISIS, the structure of her family foundation, cybersecurity and about a television series she is watching, The Good Wife. At her recent appearances, she always appeared with a minder, the besuited press secretary Nick Merrill, and sometimes unexpectedly in the aisle at the back of her plane. She has taken a total of 63 questions, according to a tally provided by her campaign.

Trump, meanwhile, spoke briefly with a handful of reporters on Labor Day Monday and took a few questions. But his more controlled campaign since the installation of image maven Kellyanne Conway has meant Trump sticks much closer to the script.

Clinton has long had a frosty relationship with the press, nurtured by years of adversarial reporting in the 1990s and her personal preference for privacy. She has been criticized for giving scant interviews with print reporters this campaign cycle and carefully controlling her public image.

Her opponent, Trump, has meanwhile refused to release his tax returns, breaking decades of precedent in shielding crucial information about his businesses from the public. He only recently released a scanty letter referencing his medical records. Still, Trump has sought media attention throughout his life, wherever he could get it.

Clinton’s recent increasing contact with the press marks her team’s drive to present her as more open and less averse to the public eye, and to help crowd Trump off the airwaves. Clinton’s team wants her to appear in public as many of her friends say they see her in private.

Still, despite a more open relationship with her traveling press crew, Clinton does not have a protective press pool that travels with her at all times, as is tradition for presidential candidates seeking transparency. (Neither does Trump.)

The end of Clinton’s more-than 270-day press-conference drought began with a deluge two weeks ago.

When Clinton’s campaign rolled out her new plane on Labor Day, Clinton somewhere in flight between Westchester and Ohio ventured to the press cabin to tell reporters she was “very happy” to be traveling with them. Taking questions later, she blasted Trump for urging Russian hackers to continue targeting the Democratic Party. The next day she chatted with the photographers and posed for pictures, lamenting that greeting voters today is “all about the selfie.”

She held a formal press conference on Wednesday, Sept. 8, on the tarmac in White Plains, and the next day after a national security meeting, discussing sanctions on North Korea and blasting Trump for appearing on Russian television.

She journeyed back to the press cabin on the first day after recovering from pneumonia, telling reporters she was feeling better and mentioning her appreciation for the television series The Good Wife and Madame Secretary, both of which are loosely based on her. She later that day held a formal press conference and fielded more serious questions about Syria.

On Sunday, the day after the bombing in New York in which 29 people were injured, Clinton spoke with reporters about confronting terrorism.

The next day, on Monday, she held a formal press conference in an airplane hangar in Westchester before she and her press crew boarded a plane to Philadelphia for a campaign event. “I have contributed to actions that have neutralized our enemies. I know how to do this, and I understand how we don’t want this to get even bigger than it already is,” she said, saying Trump has given “aid and comfort” to radical terrorists.

The questions, like one about Clinton’s favorite television shows, are occasionally friendly. And there have been relatively few questions about the Clinton Foundation as that has passed out of the news.

But some pointed questions have been more revealing. She declined to answer directly whether her running mate, Virginia Senator Tim Kaine, knew about her pneumonia diagnosis. And she would not say whether Chelsea, her daughter, would continue to run the Clinton Foundation if she were elected.

Trump informally spoke with reporters on his plane on Labor Day, and he has called in several times to Fox for phone interviews.

Trump senior staff told multiple television outlets that the candidate would be holding a press conference in Washington, D.C., about his promotion of the false “birther” theory, but Trump instead used it as an opportunity to plug his new hotel and did not take questions from the press.

On one occasion last week, Trump left his traveling press crew behind and then mocked them at a rally. “They can’t get here,” Trump said as the crowd erupted in cheers. “I love it.” 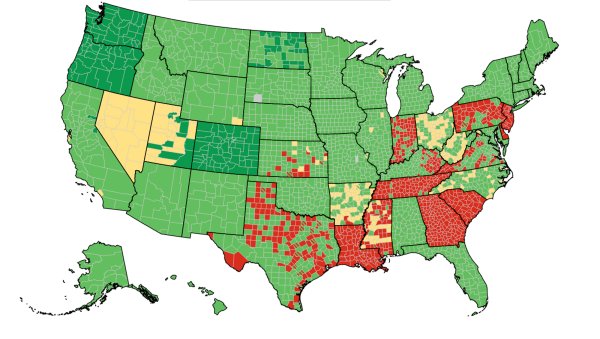