Hillary Clinton’s Debate Challenge: How to Deal With an Entertainer

Hillary Clinton faces a serious conundrum of how best to approach the first presidential debate against Donald Trump.

It is shocking to think, but this will actually be a challenging debate for Clinton. The reason is not because Trump is smarter (he’s not), possesses greater knowledge (he doesn’t), or is more qualified (he isn’t). In fact, Clinton far exceeds Trump on all of the conventional metrics. The reason is that Trump is a highly unusual candidate, so it is tricky to get a handle on him. The debate does not present an even comparison of two candidates who are apples to apples. It is more like the smartest kid in the class (Clinton) running for high school class president against the popular class clown (Trump).

The student body just might fall for the superfluous candidate who entertains and bamboozles over the substantive candidate who presents proposals and facts. It is hard to imagine that the students could possibly elect the class clown as their leader over the class genius, but these are peculiar times.

This is the predicament facing Clinton.

If the presidential debate remains focused on policies, issues and substance, Clinton will win handily. But the deck is stacked against this. Neither Trump nor the media seems to desire this type of event. Trump will likely employ one form or another of his familiar antics to turn the debate into an entertainment spectacle. This will delight the media because it will help to create controversies that will boost ratings and corporate profits.

So how will Clinton respond to this push toward entertainment?

If Clinton attempts to match Trump as an entertainer, she’s doomed. She is simply not entertaining.

It might be tempting to think that this is a simple matter for Clinton in that she need only show that Trump is no more than a superficial entertainer. Normally, this would work. But in this case, Trump possesses one particular feature about himself that instantly conveys to millions of people that Trump is substantive: that Trump is a super-wealthy businessman.

Trump’s wealth alone serves as proof-positive to many people that Trump possesses substance, even though he does not. Trump understands the popular appeal of his wealth all too well. Shrewdly, Trump constantly reminds voters that he is super rich, whether by giving interviews from his gilded penthouse apartment, staging photo-ops in his private jet, or simply telling his audience over and over again of his riches.

In the course of the campaign, Clinton has neglected to debunk the notion that Trump’s wealth alone qualifies him to be president. And she cannot now effectively introduce such a grand theme on a debate stage.

The ideal strategy for Clinton is one that is also quite difficult. She should alternate back and forth between, on the one hand, making the case that she is far more qualified than Trump, while on the other hand, exposing that Trump is an empty suit.

In response, Trump would likely deploy his only weapon: bombast. Clinton could handle Trump’s theatrics by demonstrating that she is the only mature adult in the race by maintaining a presidential poise, and calmly elucidating to us all how Trump’s substantive answers are woefully inadequate and how his demeanor resembles a circus entertainer that is beneath the dignity of the office of the president.

This may sound easy, but, in practice, it’s difficult to achieve. It requires precisely the right balance. Engaging too much with Trump’s nonsense risks being pulled down into the mud with Trump, in which case Clinton forfeits the advantage of her diplomatic stature, and Trump wins. But remaining too aloof and above Trump’s antics risks making Clinton appear to be less engaged and thus less of a leader than Trump, in which case Trump also wins.

Instead of this difficult approach, Clinton may employ a different strategy that requires less precision. Clinton might adopt a more aggressive approach and come out swinging by attempting to portray Trump as being reckless and posing a danger to the nation. Indeed, if voters perceive Trump as being unfit to serve as president, then Clinton is the only alternative. But this strategy has risks of its own. In particular, if Clinton becomes angry or too aggressive in dealing with Trump, this risks diminishing Clinton by having the nation witness her lose her cool.

Although it seems counterintuitive, the class genius actually faces a very tricky situation in debating the class clown.

Get the popcorn ready. 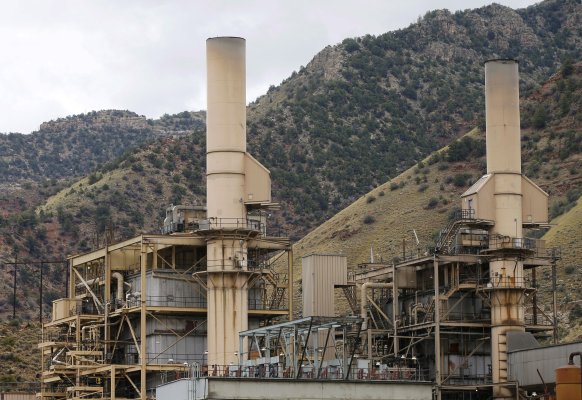 We Must Move Forward on Clean Power Plan
Next Up: Editor's Pick