Holocaust Survivor Experiences Her Own Rescue in Virtual Reality

In 1940, Amélie Diamant-Holmstrom was one of the 29 children who arrived in the United States aboard the Excambion, a ship carrying child refugees from Nazi-occupied France, who escaped via Portugal. That journey is the subject of the new documentary Defying the Nazis: The Sharps’ War, by Ken Burns and Artemis Joukowsky, which premieres on Tuesday on PBS. It’s also the subject of an exclusive virtual-reality companion piece, released Tuesday by LIFE VR.

When Diamant-Holmstrom watched the virtual-reality piece for the first time, this summer, she had no idea what to expect, says Elijah Allan-Blitz, who directed the experience. Her reaction, as can be seen in the video here, was one of awe. And that kind of reaction, he adds, is “what this [VR] stuff was meant for.”

“We almost owe it to [survivors]” to tell their stories in new ways “sooner rather than later,” he says.

And the story, in this case, is an incredible one: Waitstill and Martha Sharp were a Unitarian minister and his wife, who in 1939 left their own children back in Massachusetts so they could go to Europe to help refugees. Martha got the children on board the Excambion, including the Diamant triplets, Amélie, Eveline and Marianne. They were 13 years old, from Czechoslovakia, and though their parents would eventually make it to the United States, they had been sent ahead to safety.

Defying the Nazis VR is produced by VR Playhouse in association with Artemis Joukowsky and Farm Pond Pictures and directed by Elijah Allan-Blitz. LIFE VR is the exclusive distributor. 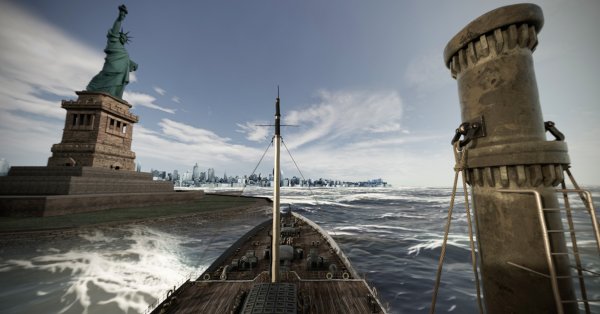 Defying the Nazis VR: Experience a Dramatic 1940 Escape From Europe
Next Up: Editor's Pick