1,000 Tons of Tainted Meat Seized in South China Including Some ‘Soaked in Bleach’

Chinese police officers check cartons of smuggled meat seized during a raid on a boat in Shenzhen, in southern China's Guangdong province, on Sept. 16, 2016
Stringer—Imaginechina/AP
By Charlie Campbell / Beijing

Police in China’s southern province of Guangdong have seized $12.3 million of potentially hazardous frozen meat including some reportedly soaked in bleach.

Sixteen suspects were detained in the raid late last week, say local police, who uncovered 1,000 tons meat and offal — chiefly from the U.S., Brazil and Thailand — on a vessel near Dangan Island by the city of Shenzhen.

“A criminal gang that used to smuggle frozen meat products, along with marine smuggling channel in Guangdong waters, were busted in the crackdown,” said a police statement, reports the state-backed China Daily newspaper.

Police said some of the haul — including beef cuts, tripe, tongue and chicken wings — had been soaked in bleach in order to clean the meat and increase its weight. A kilogram of beef weighs more than 1.5 kg after soaking in highly toxic bleach, said police, warning that the doctored meat would have “seriously harmed people’s health.”

The bust is the latest food-safety scare in China, where in recent years consumers have faced horrors such as cadmium-laced rice, fake eggs and infant formula contaminated with the toxic chemical melamine.

Food safety now consistently ranks as a top concern for most Chinese, with exasperated netizens calling for tough punishments after this latest scandal, and asking why standards were not being implemented.

“Could we just execute these offenders?” asked one user of China’s Twitter-like microblog Weibo.

“I’ve become numb after so many food-safety issues,” posted another. “As long as I don’t die of poisoning, I don’t care any more. But I just don’t understand, how difficult is it to implement the rule of law?” 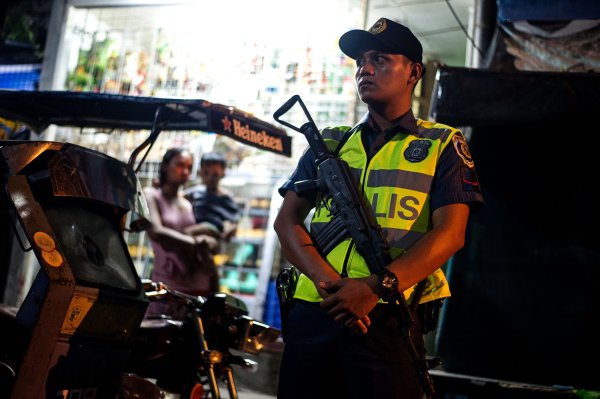