Matt Damon reignited his long-established “feud” with Jimmy Kimmel at the Emmys on Sunday night, ribbing the host for failing to take home an award for Best Variety Talk Series.

The Jason Bourne actor strolled onstage after John Oliver accepted the award, casually munching on an apple and asking Kimmel if he’d won.

“This is so humiliating,” Damon said, when Kimmel said he’d lost. “I’m sorry. I mean, you lost, and now you’ve gotta stand out here for the rest of the night when you probably just want to go home and curl up and cry.”

The actors have long feigned a feud since an episode of Jimmy Kimmel Live! 11 years ago, when Kimmel said at the end of a dull show, “I want to apologize to Matt Damon. We ran out of time.” He started repeating the joke regularly at the end of episodes, and Damon eventually came on the show for a “fight”—establishing a crowd-pleasing gag that won’t be going away anytime soon. 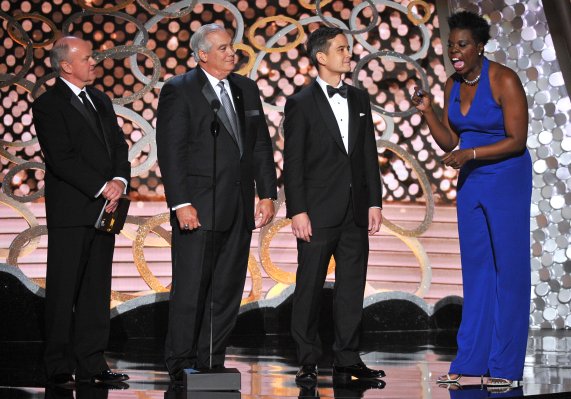 Leslie Jones Asks Ernst & Young to Protect Her Twitter Account at the Emmys
Next Up: Editor's Pick