Alan Yang, left, and Aziz Ansari accept Outstanding Writing for a Comedy Series for the Master of None episode "Parents" during the 68th Annual Primetime Emmy Awards on Sept. 18, 2016, in Los Angeles
Kevin Winter—Getty Images
By Eliana Dockterman

During his acceptance speech for best writing in a comedy series for Master of None, Alan Yang (who co-wrote the episode with Aziz Ansari) petitioned for greater representation of Asian-American actors on television.

“There’s 17 million Asian-Americans in this country, and there’s 17 million Italian Americans. They have The Godfather, Goodfellas, Rocky, The Sopranos. We got Long Duk Dong, so we’ve got a long way to go,” he said, referencing the notorious character from Sixteen Candles.

“But I know we can get there. I believe in us. It’s just going to take a lot of hard work. Asian parents out there, if you could just do me a favor, just a couple of you get your kids cameras instead of violins, we’ll be all good,” Yang said.

Yang and Ansari have been outspoken about the lack of diversity among actors and characters on television before and episodes of Master of None addressed the issue outright. 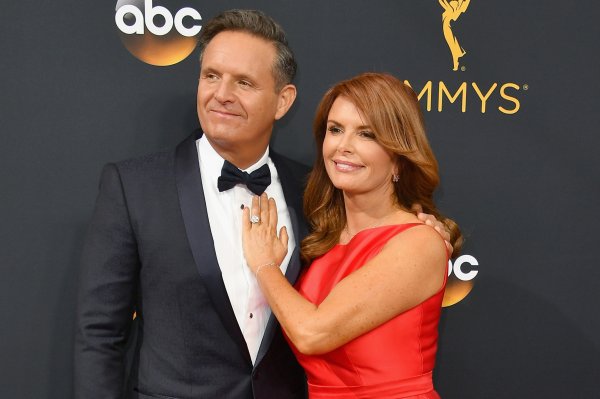