“Many have asked, who is to blame for Donald Trump? And I’ll tell you who. He’s sitting right there,” said Jimmy Kimmel, the host of this year’s Emmy Awards, as he pointed to a man in the audience during his opening monologue. “That guy. Mark Burnett, the man who brought us Celebrity Apprentice.”

People booed as the camera panned to Burnett, a reality TV show producer, who took the joke in stride and laughed.

“Thanks to Mark Burnett, we don’t have to watch reality shows because we’re living in one,” said Kimmel. “If Donald Trump gets elected, and he builds that wall, the first person we’re throwing over is Mark Burnett.”

Burnett has produced shows like The Apprentice, Survivor, and Are You Smarter Than a Fifth Grader? 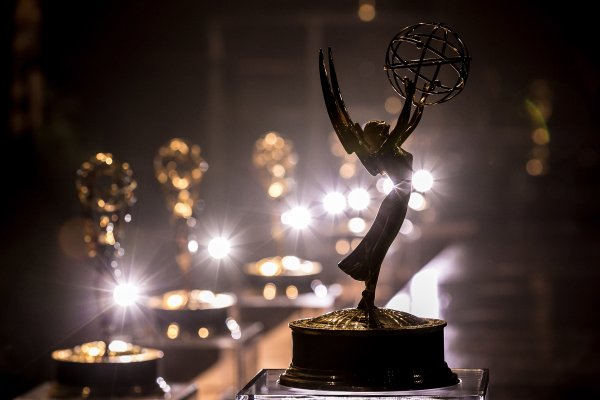 See All the Winners of the 2016 Emmy Awards
Next Up: Editor's Pick