New York authorities discovered a suspicious device in Manhattan a few hours after an explosion rocked the Chelsea neighborhood on Saturday, injuring 29 people.

The device, found around West 27th Street, appeared to be a pressure cooker attached to wiring and a cellphone, officials said. A bomb squad is currently investigating the device, NYPD Commissioner James O’Neill said during a news conference Sunday. Authorities have not given many details about the device that caused the Chelsea explosion, but did say they found “components indicative of an [improvised explosive device]” at the scene.

Pressure cooker devices are among a variety of homemade explosives that are “very, very easy” for people to make, Paul Worsey, an explosives expert from the Missouri University of Science and Technology, said.

“It’s not conventional warfare—It’s ‘I’m going to make things out of standard household items that everybody in public has, so that in the end, they can’t ban everything,'” Worsey said. “I’ve made explosives with salad oil, ground up rubber tires, toilet paper.”

An explosive pressure cooker device usually involves little more than powder from fireworks and some nails, Worsey said. Because such items are readily available in stores, it is difficult for authorities to track homemade explosives.

“These are designed to be very, very simple,” Worsey said. “You don’t have to have a degree or any formal training. That’s why these things—some will go off and kill people and some won’t. The point of the thing is to terrorize people. The point is to make sure anybody can make these things.”

“They don’t require sophisticated expertise or massive resources of money, and their materials to make them, including the explosive elements, are not well-regulated,” Singer said via email. 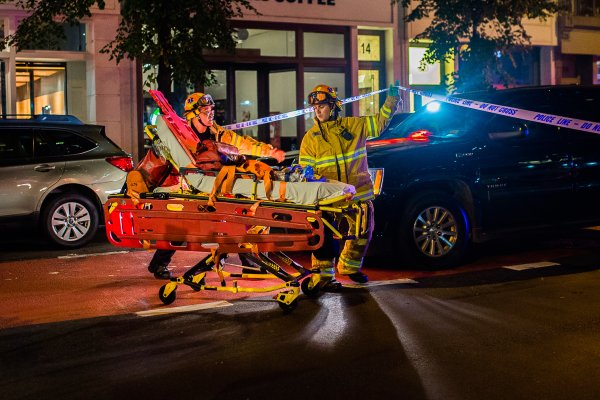 See Photos from the Aftermath of the Chelsea Explosion
Next Up: Editor's Pick