America’s Got Talent winner Grace VanderWaal already has the world in her hands, and now she has a special gift from Taylor Swift to go with it.

The 12-year-old sang her way to consistent praise on the NBC reality competition series, earning the crown during the finale Wednesday night, prompting a flood of support from fans and celebrities on social media. The greatest surprise came from singer Taylor Swift, who sent a bouquet of flowers to the young musician. Posting a reaction video to Twitter Friday, VanderWaal was utterly shocked by the kind gesture. “Words can not explain how honored I am for this,” wrote VanderWaal. “Thank. You. SOOOOOOO MUCH!!!”

During the singer-songwriter’s first audition, which earned her the Golden Buzzer thanks to judge Howie Mandel, Simon Cowell gave his prediction that VanderWaal would be “the next Taylor Swift,” which has now come full circle. All of the show’s judges, Heidi Klum and Mel B. included, gave their nod of approval to the star prior to her win. “The most amazing thing about Grace is that you haven’t heard anybody who sounds like her,” said Mandel after her win. “You haven’t heard any lyrics from somebody that is like her, and we’ve been saying to her, you are the most unique, brightest star to come out of one of these shows.”

Another personal inspiration for VanderWaal, Katy Perry, also showed her support. “Congrats! You have it,” wrote Perry in a tweet. “Protect it and keeping playing and writing…it will always serve you.” Comedian Ellen DeGeneres shared her adoration, reminding fans they can see the star “next week on my show.” Reese Witherspoon, an OG fan of the young star, also made sure to show some love: “I loved you since Day 1.” Actor Henry Winkler and musician Jason Mraz also gave the winner a shout-out.

See the posts below. 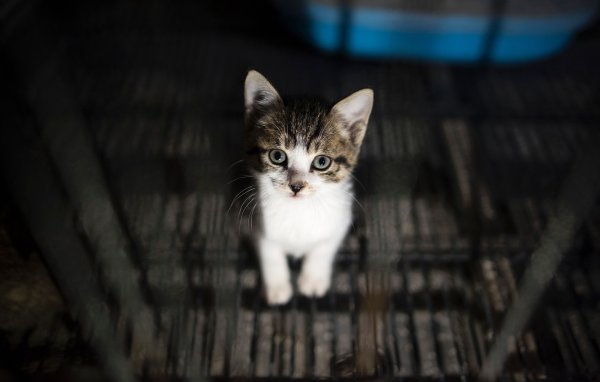 Watch This Heroic Driver Rescue a Cute But Stressful Kitten Stranded on a Highway
Next Up: Editor's Pick