The White House and the Department of Education unveiled a series of new materials aimed at helping elementary, middle, and high schools address sexual assault on Monday.

The materials include a list of considerations aimed at helping K-12 schools develop sexual misconduct policies, including guidance on reporting options, confidentiality, and support services for victims. The Department of Education also released an online resource package that provides guidance to school administrators and teachers on how to prevent bullying and harassment and how to provide support to students to students who’ve experienced trauma. The new materials were released the same day that the White House hosted a conference on how support girls of color who had experienced trauma.

These materials also remind schools of their current legal obligations to handle sexual assault. Currently, teachers and administrators at K-12 schools that receive federal funding are required by the Clery Act to notify police of any sexual assault allegation made by a student. Title IX also requires that these schools provide accommodations, such as separation from the alleged perpetrator and protection from harassment, to any student whose reported sexual assault is under investigation.

“We have heard from schools and other commentators that there was a need for material that addressed the K-12 setting,” Tina Tchen, the Executive Director of the White House Council on Women and Girls, told Motto in a phone interview.

President Obama’s administration has made public efforts to address sexual assault in schools. In 2011, the Office of Civil Rights circulated a “Dear Colleague” letter reminding schools of their responsibilities under Title IX. In 2014, a White House task force unveiled a plan to curb sexual assault on college and university campuses.

But most of the discussion around the issue has been centered on colleges and universities, though almost 20% of girls aged 14-17 have been victims of sexual assault or attempted assault, according to statistics released by the Justice Department. And, according to BuzzFeed, the Department of Education’s Office for Civil Rights currently has 106 open sexual violence investigations at 97 K-12 schools across the country.

“They want to do the right thing,” Joaquin Tamayo, the Director of Strategic Initiatives at the Department of Education, told Motto, “but they need help.” 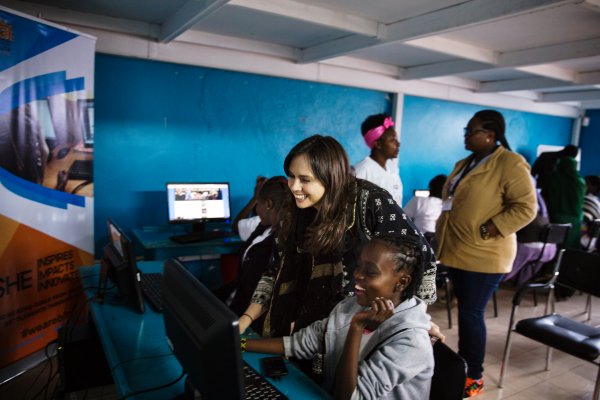 Malala Fund President Calls on World Leaders to Support Refugee Girls: 'We’re Letting Them Down'
Next Up: Editor's Pick