In honor of Hispanic Heritage Month, Fifth Harmony’s Camila Cabello has written a powerful essay for Pop Sugar detailing her experiences growing up as in immigrant in the United States.

Born in Cuba to a Cuban mother and Mexican father, the 19-year-old singer spent her early childhood splitting time between Havana and Mexico City. When she was around 7 years old, she moved to Miami with her mother, leaving her father — who met up with them a year and a half later — behind in Mexico.

“I didn’t realize it then, but, boy, does it hit me now. I realize how scary it must have been for them,” she wrote. “To decide to start from the ground up. With a couple hundred dollars, the clothes on our backs, no family in the United States, and no clue of what was going to happen next, that’s exactly what we did. Like my mom said, ‘I don’t know where I’m going, but I can’t stay here.’ And that was enough.”

Cabello went on to describe her family’s — and fellow immigrants’ — will to overcome the struggles they faced in their new home. “Immigrants have one thing in common: Hunger,” she wrote. “I don’t mean it literally, although that’s true too, but metaphorically. The hunger to do the impossible because you have no choice, because you came too damn far, because you’ve known what struggling is, and you’re not going to take an opportunity for granted.”

She also aired her views on an immigration stance that has been a point of discussion throughout the 2016 election: “I am so proud to be Cuban-Mexican. This country was built on immigrants…And so next time, when anybody wants to tell you they want to build a ‘wall’ on our border, remember behind that wall is struggle, determination, hunger. Behind that wall, could be the next cure for cancer, the next scientist, the next artist, the next drummer, the next anything they work hard enough to become!”

Read the full essay at PopSugar.com. 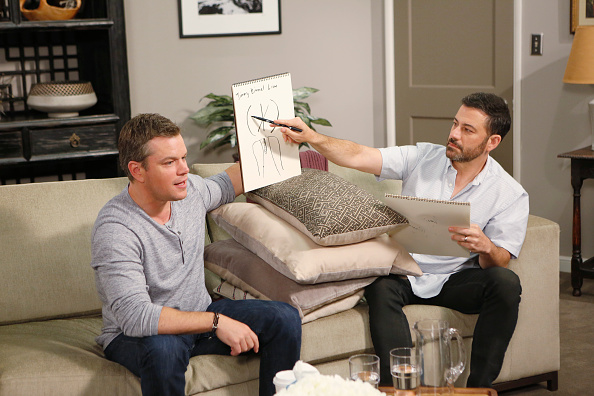 Everything You Need to Know About the Jimmy Kimmel-Matt Damon Feud
Next Up: Editor's Pick