Adele took time during her Boston concert on Wednesday to give a beautiful tribute to the late Amy Winehouse on what would have been Winehouse’s 33rd birthday.

The singer told the audience that she owed her career to Winehouse and her music.

According to an MTV report, Adele said, “I feel like I owe 90 percent of my career to [Winehouse]. Because of her, I picked up a guitar and because of her, I wrote my own songs. The songs I got signed on were the songs that I wrote completely on my own – if it wasn’t for her, that wouldn’t have happened.”

The 10-time Grammy winner then expressed her sadness for Winehouse’s untimely death.

“I’m obviously completely happy with all the music that she left behind because it’s all genius. But every day I wish I could hear a new song from her.”

Adele then performed a touching cover of Bob Dylan’s “Make You Feel My Love,” which you can listen to here. 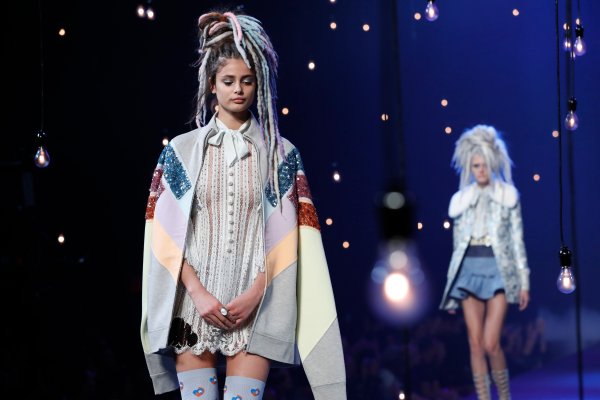 Marc Jacobs Show Comes Under Fire For Featuring White Models With Dreadlocks
Next Up: Editor's Pick