It's Talk Like a Pirate Day—But Where Does 'Pirate Talk' Really Come From?

Shiver me timbers and walk the plank—it’s International Talk Like a Pirate Day!

Celebrated annually on Sept. 19, the parodic yo-ho-ho-holiday gives every swashbucker and hornswaggler the opportunity to grab an eyepatch, stuff a parrot on their shoulder and yell “Arrr!” at the most unsuspecting, lily-livered of pals. Cooked up by Oregon friends John Baur (Ol’ Chumbucket) and Mark Summers (Cap’n Slappy) in 1995, it has since become a cult phenomenon, with restaurants, radio stations and social media platforms clamoring to be part of the fun.

But it’s clear our much-loved “pirate-ese” language bears little relation to the actual speech of 17th and 18th-century buccaneers. In fact, evidence suggests that our modern impression of pirate speech is all down to Disney. Here’s why:

Scottish author Robert Louis Stevenson’s adventure novel Treasure Island was published in 1883. In 1950, the popular tale was adapted for Hollywood in what was Walt Disney’s first movie made with live actors only.

The movie starred Robert Newton as the fictional pirate Long John Silver. His performance was certainly a memorable one; TIME’s 1950 review of Disney’s Treasure Island notes that it “offers the fun of watching an eye-rolling, lip-twitching Robert Newton as he wallows outrageously through the role of Long John Silver, one of fiction’s most ingratiating scoundrels.”

Born in Dorset and educated in Cornwall, Newton based his pirate talk on his own native British West Country dialect. His accent might not have been far off—the south west of England has long been associated with pirates because of its strong maritime heritage; notorious pirate Blackbeard was even said to have come from Bristol, in the heart of that area.

Newton’s iconic role as Long John Silver was so influential that a variation his West Country English became the standard for portrayals of pirates on stage and in the cinema. As historian Colin Woodard told the National Geographic in 2011, “Newton’s performance—full of ‘arrs,’ ‘shiver me timbers,’ and references to landlubbers—not only stole the show, it permanently shaped pop culture’s vision of how pirates looked, acted, and spoke.”

So, today, when your yo-ho-ho-ing is done, sit back with a bottle of rum and spare a thought for Robert Louis Stevenson and Robert Newton—whom we have to thank for giving us the excuse to yell out “Ahoy, me Hearties!” to an unsuspecting passerby. 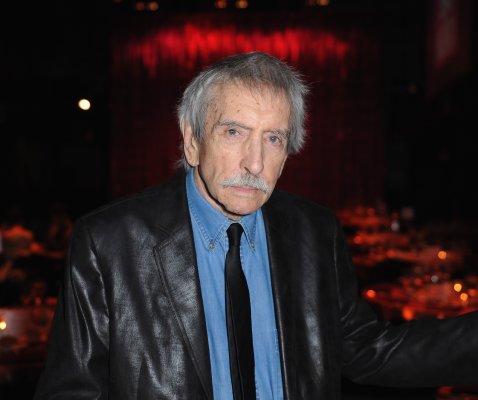 Edward Albee Dies at 88: Read TIME Reviews of the Playwright's Work
Next Up: Editor's Pick