Hang With the Ninja Turtles at Nickelodeon Universe, Soon to Be the Theme Park of Your Dreams

If you’ve always wanted to experience living in a pineapple under the sea, you’re in luck: Nickelodeon is opening what is promised to be the largest indoor theme park in the U.S. at the giant American Dream mall property in East Rutherford, New Jersey, according to NJ.com. Nickelodeon Universe, as it’s called, will feature rides based on all your favorite childhood shows, so you can literally live immersed in animated nineties nostalgia; think SpongeBob SquarePants and Teenage Mutant Ninja Turtles.

No word yet on how these rides will play out (presumably the SpongeBob experience will involve some form of a water slide, right?), but the 8.5-acre Nickelodeon section will join a DreamWorks suite of rides as well, meaning you can pop over from hanging in Shrek’s fairytale fantasyland to chilling with the Ninja Turtles and then hit up the sweet beasts of How to Train Your Dragon.

The American Dream at Meadowlands is one of the largest mega-mall properties in the U.S., with three million square feet of indoor space. Originally proposed in 2003, it’s been an embattled project ever since, with stalled plans for an massive indoor ski slope, aquarium, Legoland, and retail. But recently — and ironically — it’s needed a boost from our northern neighbors; the Canadian development firm Triple Five swooped in to inject some life back into the Dream, and now it’s looking to open in 2018 after eating up about $4 billion.

A Nickelodeon Universe property also operates out of the Mall of America in Minnesota. 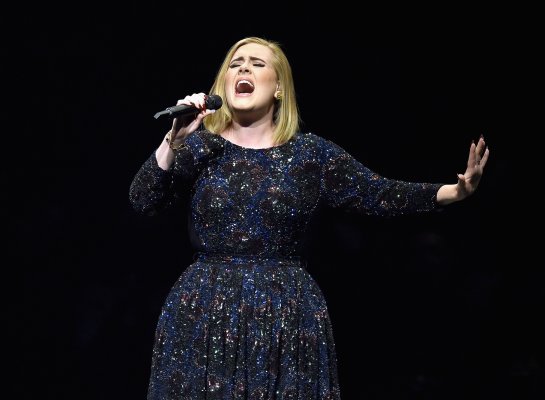 Watch Adele Sing a Touching Tribute to Amy Winehouse
Next Up: Editor's Pick