One of Brazil's Most Loved TV Stars Domingos Montagner Has Drowned

Brazilian telenovela star Domingos Montagner drowned Thursday after swimming in a river close to where his crew had been filming in the northeast of the country.

The 54-year-old is one of Brazil’s most loved TV actors, and played the leading role in popular soap opera Velho Chico. The show’s name, loosely translated as “Old Frank,” is a reference to the São Francisco river Montagner was swimming in when he died, the BBC reports.

His co-star, Camila Pitanga, was in the water with him and cried for help, but locals reportedly thought it was part of the show and were initially slow to respond. Pitanga said Montagner was carried away by the current. His body was later found underwater a few hundred meters downstream.

“They thought they had chosen a safe spot to swim, but that is one of the most dangerous areas in the town of Caninde and usually avoided by locals,” local police chief, Antonio Francisco Filho, told the O Globo newspaper.

Montagner began his career in the circus, later getting into TV acting where he starred in several popular series. He leaves behind a wife, actress Luciana Lima, and three children. 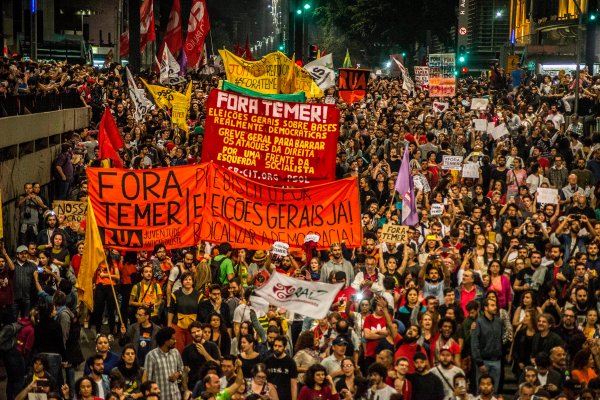 Police Clash With Pro-Rousseff Protesters in Brazil
Next Up: Editor's Pick