Donald Trump allowed Jimmy Fallon to mess up his famous hair on national television during a Thursday taping of The Tonight Show.

The Republican presidential nominee, whose segment airs Thursday night, sat and smiled as the talk show host ran his fingers through his locks at the end of the interview, according to the Associated Press.

Fallon had asked Trump for permission to do something un-presidential with him, saying that Trump could be commander-in-chief the next time he visits the show, the AP reports.

Trump tried to fix his coiffure afterwards but failed. 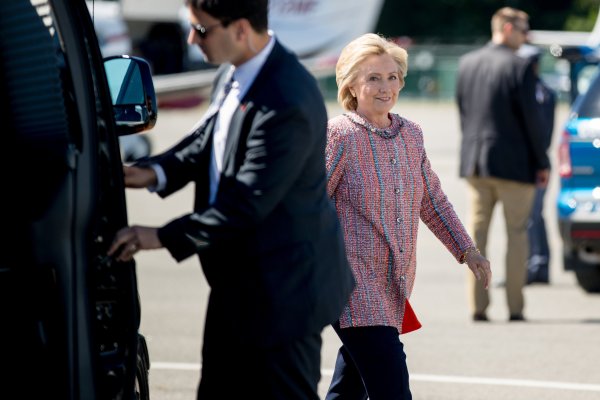 Hillary Clinton Returns to the Campaign Trail
Next Up: Editor's Pick