7 Ways to Handle Criticism at Work

Nobody likes to be criticized, but some people are better that others at both hearing criticism clearly and then using that criticism to their own advantage.

I learned this the hard way. When I first started working, I tended to take even mild criticism as a personal affront and obsessed over every comment. Today, I’m reasonably thick-skinned but only because I painstakingly learned the technique described below:

You’re “centered” when you have the self awareness to remain calm when emotions (including your own) are swirling around.

You’re “rooted” is when your body is upright, balanced and connected to the earth, as if you’ve sunk deep roots into the ground.

When you’re both rooted and centered, you can listen to criticism without immediately becoming defensive.

If you need to learn how to be centered and rooted, I highly recommend learning How Steve Jobs trained his own brain.

You can’t extract value from criticism if you don’t hear it correctly or don’t understand what’s actually being said.

When you’re being criticized, ignore the voice in your mind that’s leaping to conclusions about what the criticism “means.”

Instead, listen carefully for nuances. Repeat what you’ve heard and ask for details. Make sure you understand exactly what’s being said.

The more clearly you understand, the easier it will be to assess the criticism and know how to take appropriate action.

3. Assess the source of the criticism.

While some critics are truly trying to be helpful (aka “constructive criticism”) but other critics may simply enjoy putting other people down.

Sometimes criticism reflects the critic’s own insecurities. I had a boss who lashed out in anger at his staff whenever the higher-ups were reviewing his budget.

Another common phenomenon is “projection” where the critic finds faults in others that they actually possess themselves.

While you never really know what somebody else is thinking, it’s easier to leverage criticism when you know where the other person is “coming from.”

Read more: 10 Interview Skills You Need to Get Hired (and How to Improve at Them)

While remaining centered and rooted and, using your assessment of the source to provide context, decide how important the criticism is… to you. Ask yourself:

Is the criticism valid? Does it reflect something that needs work on your part or is it only a manifestation of the critic’s own rules?

Is the critic important? Is this somebody whose opinion means something to you or is it somebody who ultimately doesn’t really matter?

Is the criticism essential? Is the problem something that needs to be addressed or is it something that’s more bother than it’s worth?

5. Decide what to learn from it.

Based on all of the above, decide specifically what you’re going to learn from the criticism.

If the criticism is valid, then you can use it to provide perspective that can help you improve your performance.

If the criticism is nonsense, you can use it to gain greater insight into the mind of the person who offered it.

If the critic is irrelevant and the criticism trivial, you can learn not to waste time in the future interacting with the critic.

6. Decide what to do about it.

A valid, essential criticism from somebody important usually requires some kind of corrective action.

For example, if a big customer complains about consistently late delivery, you should move to address your company’s delivery issues.

On the other hand, if a customer’s criticism deals with issues that can’t be addressed (like impossible-to-implement features), then you might decide NOT to take action.

Sometimes all you can do is resolve to do better in the future. That’s a decision, too. It’s through the power of decision that you make ALL criticism constructive.

Read more: 9 Motivational Videos to Help You Succeed in Business and Life

7. Follow-up with the critic (if necessary).

If you decide to take action in response to criticism, and you wish to maintain a relationship with the critic, report back on what you’ve decided to do.

The key concept here is that you wait until you’ve gone through the entire process above before making that commitment to change.

Needless to say, if you specifically decide to ignore the criticism as irrelevant or unimportant, it’s unnecessary to follow-up.

Ultimately, you can let criticism tear you down or you take that criticism and use to make yourself stronger. The decision is up to you. 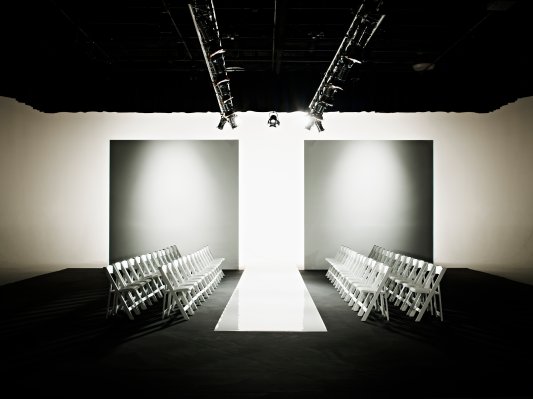