“I’ve been abducted,” a woman in Ohio told the 911 operator, whispering because her captor was asleep in the same room. He kept her tied up, she added, so she had partially freed herself to dial the police on his phone.

The Ashland Ohio Police Department released a 20-minute recording of the woman’s 911 call from the house where Shawn Grate was holding her captive before police arrived at the location and arrested him Tuesday.

During the call, the operator asked the woman if she could try to leave the bedroom when officers were on the way, but she responded in a terrified whisper: “I don’t know without waking him, and I’m scared.” To pinpoint the woman’s location, the operator asked her what color the house was. “Yellow, please hurry,” the woman responded. “He’s got a taser.”

When asked if she was bleeding, the woman replied, “Not anymore.”

The woman said during the call that Grate, 40, had tied her up and would not let her leave the room. She whispered throughout the call and expresses quiet terror that she would wake him up, so the recording is punctuated by periods of silence.

At the end of the call, police arrive to the abandoned home where Grate was holding the woman. After arresting Grate, police located the remains of three other women’s bodies on the property. The Ashland Police could not be reached for comment Thursday afternoon.

Listen to the audio of the call above. 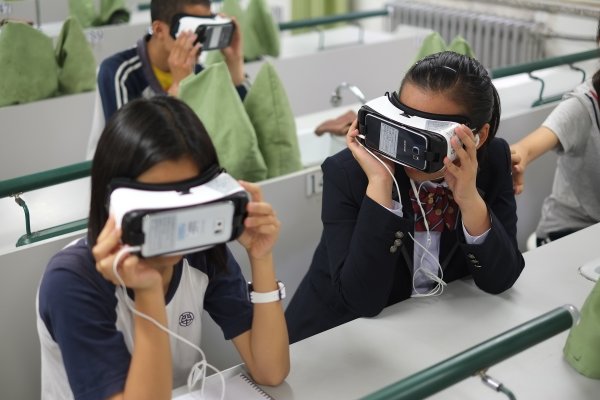 These 10 Ideas Are Each Getting $10 Million to Change High School
Next Up: Editor's Pick