Watch Amy Schumer, Gwyneth Paltrow, and Laverne Cox Have the Best Time Ever at the Beyoncé Concert

Wherever she is, Beyoncé draws a top-notch crowd. On Wednesday night, her stunning Formation World Tour made its second stop in star-studded Los Angeles — and like bees drawn to the Hive Queen’s honey, a slew of A-list celebrities made their way to Dodger Stadium to watch Beyoncé slay.

Amy Schumer, who it appears had excellent seats right near the stage, shared a video of Beyoncé’s powerful song “Freedom” — with a quick cut to Schumer herself, wearing glasses and a sweatshirt and fangirling to the performance (as she should).

Gwyneth Paltrow had more of a bird’s eye view of her friend in action onstage:

Laverne Cox took a selfie video as she danced along to “Diva” — right next to Beyoncé’s “Single Ladies” choreographer, Frank Gatson:

Card-carrying members of the Beyhive Channing Tatum and Jenna Dewan-Tatum made it a date, snapping a selfie together on their evening out. (Dream date, by the way.)

Lea Michele and her friends got into the selfie game, too.

Vin Diesel is officially a very cool dad; he took his young daughter to the show, marking her first concert. That will be a tough act to follow. 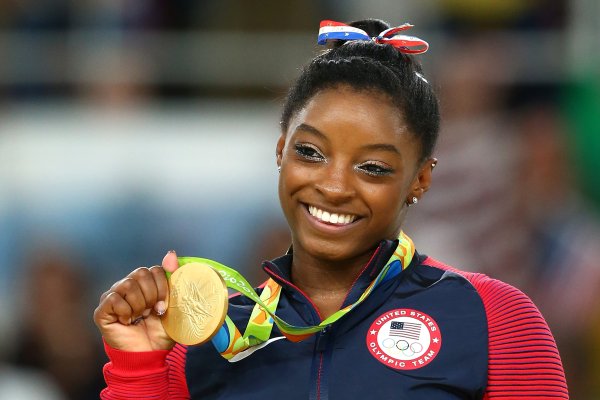 Simone Biles Says Her Relationship Name with Zac Efron Would Be "Zimone"
Next Up: Editor's Pick