Tim Kaine speaks during a campaign rally at the University of Michigan in Ann Arbor, Michigan, Sept. 13, 2016.
Paul Sancya—AP
By Sam Frizell

Trump’s plan, which calls for six weeks of unemployment benefits for new mothers, is not a full-paid maternity leave plan. The plan also does not cover men who decide to stay at home to take care of their children. Trump announced his plan on Tuesday night.

“Maternity leave has kind of a 1990s feel to it. It’s not 2016. Because in 2016 not only do women take off to take care of kids when they’re born, but men do too,” Sen. Kaine said at a roundtable event in Portsmouth, New Hampshire.

Kaine added that “because of the way they use this unemployment insurance, it doesn’t really protect your income.”

Clinton’s paid family leave plan would guarantee up to 12 weeks of paid family leave for a newborn child and ensure employees receive at least two-thirds of their wages while on leave. It would apply to men as well women.

Democrats have also criticized Trump’s plan for childcare, which would give families a tax deduction instead of a tax credit to pay for care. Deductions benefit high-income earners more than low-income earners. “The huge chunk of this benefit that he’s proposing in terms of childcare, in terms of a deduction would go to people on the top,” Kaine said. 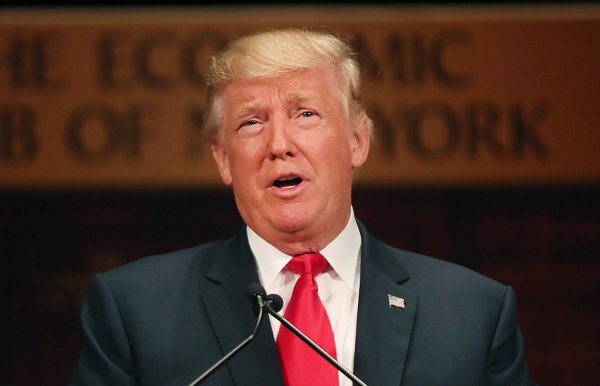