A year after putting out an open call for proposals to rethink American high school, the XQ Institute is awarding a total of $100 million to 10 schools to pursue their ideas.

The organization, which announced the winners on Wednesday, tasked schools with developing new approaches to high school in the 21st century. The “Super School Project” was funded by the Emerson Collective, which is led by Laurene Powell Jobs, wife of the late Apple CEO Steve Jobs.

Nearly 700 school teams submitted applications. Ten, including both charter and public schools, were chosen to receive $10 million over the course of five years.

These are their ideas:

Take Virtual Reality Field Trips
There will be fewer limitations on field trips at Washington Leadership Academy in the District of Columbia, as the school plans to use virtual reality and “holographic modules” to take students out of the classroom.

Treat report cards like a GPS
Instead of a traditional report card, each student at Vista Challenge High School in San Diego will have a personalized “Learning Positioning System” indicating a “roadmap of their academic growth.” Their curriculum will be globally focused, as students consider world challenges and try to solve them at the community level.

Use a floating classroom
Students at New Harmony High in Venice, La., will learn about rising sea levels and coastal erosion on a “learning barge” in the Gulf of Mexico and at the New Orleans Superdome, where they will conduct research with teachers and scientists.

Bring the school to the homeless shelter
In Los Angeles, RISE High will bring classes to homeless shelters and foster care centers, creating a city-wide campus that educates students “in the ways and at the places that work best for them.” RISE will also develop a mobile resource center that travels to students if they’re unable to visit a brick-and-mortar location.

Establish local partnerships
Brooklyn Laboratory High School will aim to connect its students with the businesses, universities and artistic opportunities in the area, taking advantage of the “tech triangle” in Brooklyn, N.Y. The school also plans to develop a teacher training model and residency program to share its progress as the program develops.

Focus on design thinking
Design-Lab High in Newark, Del., wants to bring a research-and-development framework to education with the goal of preparing students for life after high school. The proposal focuses on an “academically rigorous loop of learning” that will encourage students to learn and improve in all areas of their study. Students in ninth and 10th grade will take on an apprentice role as they work with students in 11th and 12th grades, Education Week reported.

Turn the school into the community’s “green hub”
With the goal of combating environmental injustice, the Furr Institute for Innovative Thinking in Houston, Texas, wants its students to become “green ambassadors” in the community. The school plans to give students time to leave school to learn more about issues of their choosing, from nutrition to immigration law.

Develop a curriculum from a museum
About 250,000 cultural and historical museum artifacts will form the basis of the curriculum at Grand Rapids Public Museum High School in Grand Rapids, Mich., which plans to make classrooms out of places in the community. Students will be co-taught by field experts, scientists and researchers as they take on what the school is calling the “largest river restoration project in the United States.”

Collaborate with artists and scientists
Powderhouse Studios in Somerville, Mass., will designate a support team for all students that includes a social worker, curriculum developer and personal project manager. As students collaborate with local artists and scientists, the school aims to foster year-round learning in an environment that looks more like a research community than a traditional high school.

Personalize education
Summit Elevate in Oakland, Calif., wants to personalize education by letting students narrow their area of study and work on specific projects catered to their interests. Students will use a new digital platform to track their progress and work with mentors in educational or professional fields. 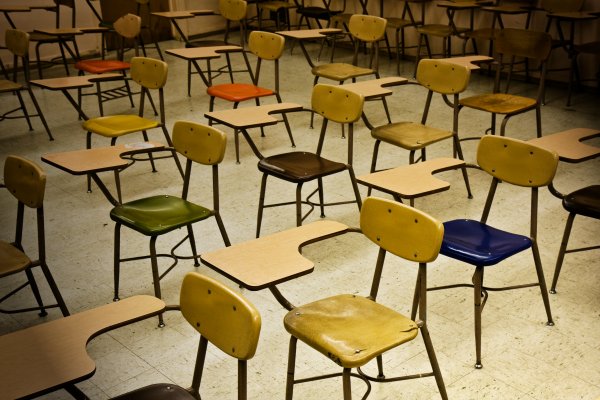 My Dad Defied Custom in Kenya to Give Me an Education
Next Up: Editor's Pick