The Anti-Defamation League (ADL) called out Donald Trump Jr. on Twitter Thursday for making what it called “Holocaust jokes.”

The Republican presidential nominee’s son referenced gas chambers in a Philadelphia radio interview Wednesday when he said the media has been protecting Hillary Clinton and the Democratic National Committee as they tried to force Vermont Senator Bernie Sanders out of the primary race earlier this year.

“The media has been her number one surrogate in this. Without the media, this wouldn’t even be a contest, but the media has built her up,” Trump said. “They’ve let her slide on every indiscrepancy, on every lie, on every DNC game trying to get Bernie Sanders out of this thing. If Republicans were doing that, they’d be warming up the gas chamber right now.”

The Jewish civil rights group responded by tweeting that it hopes Trump retracts his statement.

The Trump son was also recently under fire for posting an image on Instagram that featured himself, his father and other Republicans alongside “Pepe the Frog” — a symbol of the alt-right movement.

Clinton’s campaign was quick to jump on the younger Trump’s comments. Clinton’s director of Jewish outreach Sarah Bard said they showed “just how insensitive, divisive and reckless the Trump campaign is.”

“The bottom line is this: offensive references to the Holocaust are never acceptable, especially from a presidential campaign,” Bard said in a statement.

The Trump campaign said Thursday the candidate’s son was not making a reference to the Holocaust.

“Don Jr. was clearly referring to capital punishment to make the case that the media continues to take words out of context in order to serve as the propaganda arm of the Hillary Clinton campaign — something that’s only gotten worse as Trump’s poll numbers have improved,” Jason Miller, the campaign’s senior communications adviser, said in a statement. 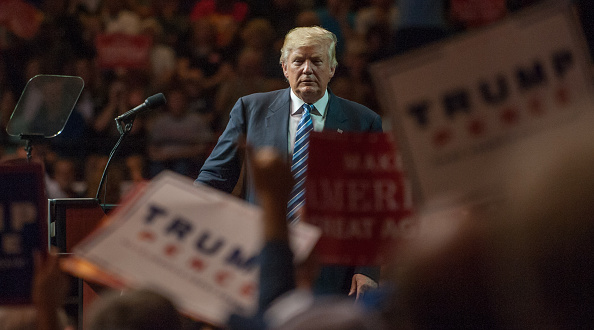 Here's Why Newspaper Endorsements May Matter This Year
Next Up: Editor's Pick