The Original The Magnificent Seven Wasn't Actually Original Either

The principle cast in a publicity still for 'The Magnificent Seven', directed by John Sturges, 1960.
Silver Screen Collection / Getty Images
By Lily Rothman

The new version of The Magnificent Seven arrives in theaters Friday, with Denzel Washington, Chris Pratt, Ethan Hawke, Vincent D’Onofrio, Byung-Hun Lee, Manuel Garcia-Rulfo and Martin Sensmeier filling the saddles of the seven cowboys who made the 1960 movie of the same name a Western classic.

The 1960 version was, per TIME’s critic, the best movie in that genre to be released in that year:

But it wasn’t as good as the original original—the 1954 Japanese film that was released in the U.S. in 1956, originally under the title The Magnificent Seven. As Seven Samurai, the English title it’s known by today, it is not just a great example of one genre in one year, but rather a great movie, period. TIME’s 1956 review explained why:

Not that the film was perfect: “In The Magnificent Seven, as in Rashomon, Kurosawa has provided a feast of impressions, but has skimped on some of the more essential vitamins,” the critic noted. “The characters are clearly written and admirably played, especially the leader of the Samurai (Takashi Shimura). But only rarely does the story seem to drop through the floor of everyday reality into the moral hell that war really is.”

But either of them, and likely the new version too, could still be proud to be better than yet another version of the story: the 1966 sequel, Return of the Seven, which TIME called a “ludicrous reprise” of the subject matter. 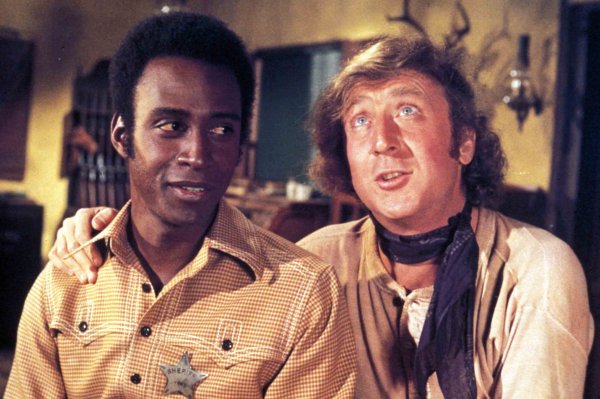 Why Gene Wilder Trusted Mel Brooks
Next Up: Editor's Pick