Donald Trump's Doctor's Letter Reveals He is Overweight, But 'In Excellent Health'

Donald Trump released a letter from his doctor on Thursday saying the Republican nominee is “in excellent health,” though he is somewhat overweight and takes a statin to treat high cholesterol levels.

A letter from Trump’s physician, Dr. Harold Bornstein revealed that the Republican nominee is 236 pounds and 6’3″ and had a cholesterol level of 169. Trump has an annual physical examination every spring and shows his liver and thyroid function are within the normal range.

“In summary, Mr. Trump is in excellent health,” said Dr. Bornstein in his letter.

Trump’s weight is on the borderline between overweight and obese for his height, according to standards defined by the Centers for Disease Control and Prevention

The previous note from Bornstein, who has been the 70-year-old Trump’s physician since 1980, was widely mocked for claiming Trump would be “the healthiest individual elected to the presidency.” Bornstein later admitted to writing the letter in five minutes while a limousine sent by the candidate waited outside.

This latest note from Trump is somewhat more detailed than the scanty letter received last year, and it includes a few new details like the date of his last colonoscopy, his blood pressure and his latest cardiac evaluation.

Democratic nominee Hillary Clinton released detailed records on Wednesday stating she is “healthy and fit to serve as President of the United States,” in addition to records released in mid-2015. Clinton’s recent bout with pneumonia, diagnosed last Friday left her weakened at a 9/11 memorial event, where she appeared to have trouble standing. 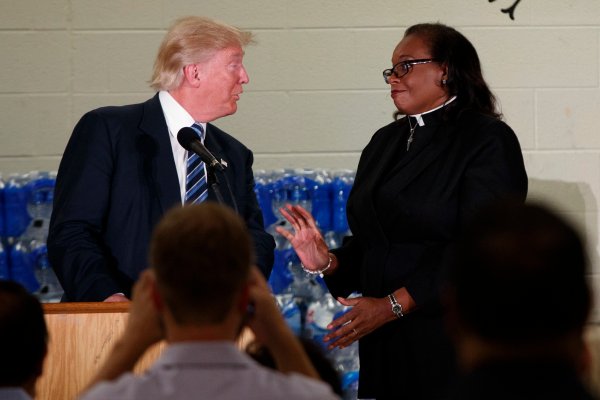