To Raise Kids With More Empathy, We Need to Do Everything Wrong

Michele Borba is a psychologist and author of UnSelfie: Why Empathetic Kids Succeed in Our All-About-Me World

Every parent wants their children to excel, so we line up tutors, buy the latest electronics, arrange after-school classes, and anything else to help them get those A’s. But are we really focusing on the right stuff? Not according to recent data.

Non-cognitive skills—like emotional literacy, managing emotions, collaborating, joy and empathy—are the hidden secret of school success and what our 21st-century kids need to thrive. But modern day parenting still too often touts grades, grit and scores as the “secret achievement sauce” and often overlooks the other side of the report card. Our schools once promoted and reported on traits like caring, character and citizenship. This is rarely the case now.

According to the latest World Economic Report, critical thinking, decision making and complex problem solving are still necessary skills to thrive in our global world, but equally important are people skills like emotional intelligence, collaboration and empathy. Empathy, the ability to put oneself in other people’s shoes, is the cornerstone for becoming a happy, well-adjusted, successful adult. It makes our children more likable, more employable, more resilient, better leaders, more conscience-driven, and increases their life spans.

Yet our teens’ empathy levels dipped 40% in just 30 years, according to one 2010 report. Almost 75% of college-age students today rate themselves as less empathetic, less likely to try to understand their friends by imagining their perspective, and less likely to be concerned for people less fortunate. Harvard’s Making Caring Common 2014 report that surveyed 10,000 teens about which values matter most found that 80% chose “high achievement or happiness” as their top choice; only 20% picked “caring for others.” The same report found that four out of five teens said that their parents cared more about achievement than caring.

This offers an important lesson to parents: Just switching our parent queries from always: “What grade did you get?” to including: “What kind thing did you do?” can help kids understand that caring matters. Unless we free up time for relationships, we may be raising a generation of kids who can’t see past their smartphones and jam-packed schedules to notice the human beings in front of them.

Our ultra-focus on academics also can create another by-product: unhappy children. Depression and anxiety have soared among teens, and now strikes younger children. Teen stress is at higher levels than that reported by adults. One in five U.S. youth meets the criteria for a mental disorder in their lifetime, according to one study.

When empathy wanes, aggression and peer cruelty can rise. Bullying has intensified to a level: “bullycide” is the new term used to identify youth bullying victims who commit suicide due to severe emotional distress perpetrated by their peers. Cyberbullying is on the rise. Research shows that cyber bullies display less affective empathy. Empathy may be the best educational strategy to prevent both online and offline peer cruelty.

The good news is that we can teach empathy to kids just like reading and writing, but it must start from an early age. Twenty-first-century children do need both sides of the report card, but we’ve been so narrow in our modern child-raising efforts that empathy and non-cognitive skills are on our back burners. This year it’s time to put the other side of the report card back on our agendas. The brave new world our kids will face demands that we do. 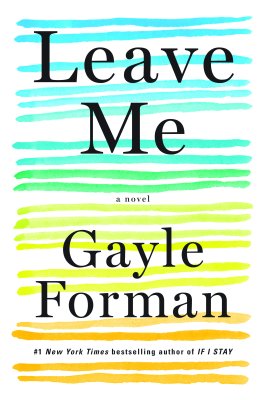 Moms: Your Fantasy About Running Away Is Totally Normal
Next Up: Editor's Pick