Brexit gets lots of attention, but it will take more than two years to unfold, and it’s not the risk Europe needs to be most worried about at the moment. These are the five most immediate risks Europe faces today.

Austria is poised to elect the E.U.’s first far-right head of state in a little less than three months. It’s an important symbolic moment, even if Austria’s presidency holds little real power. Brussels thought it had dodged a bullet in May when ultra-rightwing candidate Norbert Hofer lost the presidency by a little less than 31,000 votes to the Green candidate. But technical flaws in the counting process led the country’s Constitutional Court to rule that the election must be run again. When Hofer’s party first entered a coalition government in 1999, E.U. institutions imposed diplomatic sanctions against the country. Now polls show Hofer ahead, and there’s nothing Brussels can do about it as political extremism goes mainstream in multiple E.U. countries.

Central and Eastern European countries have generally refused to fall in line with Brussels’ redistribution plan for Syrian refugees. Hungarian Prime Minister Viktor Orban in particular has been quite outspoken against refugees, throwing up barriers to keep them from crossing into his country. On Oct. 2, Hungary will hold a referendum on whether voters in Hungary want their government to abide by Brussels’ burden-sharing plan as required by E.U. rules. Newsflash: they don’t. That spells more trouble for European unity.

Of the original PIIGS—the unfortunate acronym used to describe Europe’s most beleaguered economies— Ireland is the only one out of the economic woodhouse. Spain and Italy are too systemically important for Eurozone members to do anything but help them muddle along, and Greece is a political and economic basket case that Brussels has all but written off as a sunk cost. Portugal, on the other hand, is in a financially precarious situation, and it has the potential to divide Europe even further. After a three-year, $88 billion bailout rescue package, Portugal remains stuck with a 11.1 percent unemployment rate and government debt nearing 130 percent of GDP. Put another way, Portugal is comparable to Greece in both total GDP as well as per capita GDP. But another bailout for a cash-strapped southern European country would trigger an uproar across E.U. capitals, plenty of whom are busy fending off challenges from their own nationalist parties.

Italy, another of the PIIGS, has had 63 governments in 71 years. By this metric, it is one of the most dysfunctional democracies in the world. But Italian Prime Minister Matteo Renzi has a plan. To minimize political turnover, Renzi has proposed a slew of constitutional reforms that drastically simplify the country’s legislative process, making it easier to form stable governments. He has put these constitutional proposals to a referendum, slated to take place in the coming couple of months. But by vowing to resign if the referendum fails to pass, Renzi has fallen into the same trap as the U.K.’s David Cameron. Rather than a referendum on the merits of the proposed constitutional changes, it will become a referendum on Renzi himself—and his popularity is currently hovering at around 25 percent. Renzi still has a decent chance of pulling this out, but most opinion polls project the referendum to fail narrowly. Renzi’s resignation would plunge the Eurozone’s third-largest economy (and the world’s eighth-largest) into political turmoil—and pull the rest of Europe along with it.

(BBC, The Independent, The Economist)

By harboring 2.7 million displaced Syrians on their side of the Aegean, the immediate future of Europe is highly dependent on a shaky agreement with a non-E.U. member, and one with a decidedly authoritarian streak. In the immediate aftermath of the July 15 failed coup attempt, Turkey’s political factions banded together in support of democracy and Turkish President Recep Tayyip Erdogan, a welcome respite from the country’s usually divisive politics. But as Erdogan continues his crackdown on all those he considers threats—more than 40,000 individuals have been detained, punished and/or imprisoned—that honeymoon is drawing to a close. Political opponents have slowly started criticizing the Turkish president for his strong arm tactics, and their voices will only grow louder. Europe needs a politically-stable Turkey to live up to its end of the migration deal. If Europe isn’t careful, it may be the domestic politics of Turkey that does in the European project.

When the rock of Europe is included in a roundup of the top risks facing the E.U., you know the continent is in trouble. German Chancellor Angela Merkel faces backlash from the continuing rise of Alternative for Deutschland—the far-right anti-E.U., anti-Islam party—ahead of federal elections scheduled for the fall of 2017. For the first time ever, people are seriously asking whether Merkel will want to run for reelection; just 46 percent of Germans think that she should. The rise of anti-establishment parties in Germany makes navigating the domestic politics of the country a challenge; the rise of anti-establishment parties across the rest of Europe make maintaining European unity in the face of a lengthening list of challenges near impossible. Angela Merkel might well have the worst political job in the world. 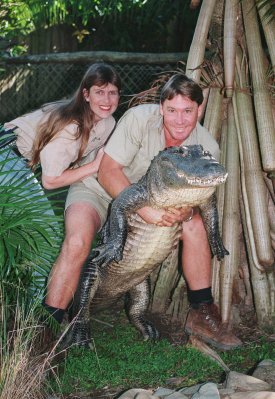