A Coming Reckoning With North Korea

On Sept. 9, North Korea violated international sanctions by conducting its fifth underground nuclear test, apparently its most powerful to date, and some experts say another test explosion may well be in the works. Washington wants Beijing, which has grown frustrated by Pyongyang’s defiance, to apply more pressure. South Korea has warned that it would respond to preparations for a nuclear attack by flattening Pyongyang.

This test marks one more step toward the day when no one will be able to believe that the problem can be managed with another round of sanctions. We’ve had five sets of those from the U.N. already, and Kim Jong Un’s scientists are still hard at work on making a nuclear warhead small enough to mount on a ballistic missile. That would make it possible for North Korea to launch a nuclear attack on its neighbors–and perhaps on the U.S. There are conflicting estimates of when that day will come, but when it does, it will force the U.S. and China to choose among bad options.

There is consensus among all the relevant players–the U.S., China, South Korea and Japan–that Kim’s regime threatens the security of all these countries. It’s China that matters most, of course, because it’s the source of most of North Korea’s trade, food, fuel and finance. Beijing appears to have little remaining sympathy for Pyongyang’s position. But North Korea and China both know that a Korean conflict would flood China with millions of sick and starving refugees at a delicate moment for China’s slowing economy. That undermines Beijing’s ability to force North Korea’s leaders to change course.

And it reveals why the unity of outsiders remains useless. How should these countries respond to this latest North Korean provocation? There is no good cause for hope that diplomats will be able to do more than kick this can farther down the road. Sanctions haven’t made much difference. Sabotage the regime by creating unrest inside the country? That’s a high-risk strategy with little chance of success. Launch a surprise military attack to change the regime? That risks a shooting war with one of the largest standing armies in the world–with Seoul, a city of 10 million, well within firing range. The easy course is still to condemn, issue a threat, offer a bribe and delay the reckoning.

This strategy gives North Korea time to expand its capabilities. Unless outsiders find a way to undermine Kim’s regime from within, he will one day have the capacity to kill millions of people in a matter of hours. The next U.S. President must prepare for the moment when a tough choice will need to be made quickly. Only then can unity of opinion create unity of action. 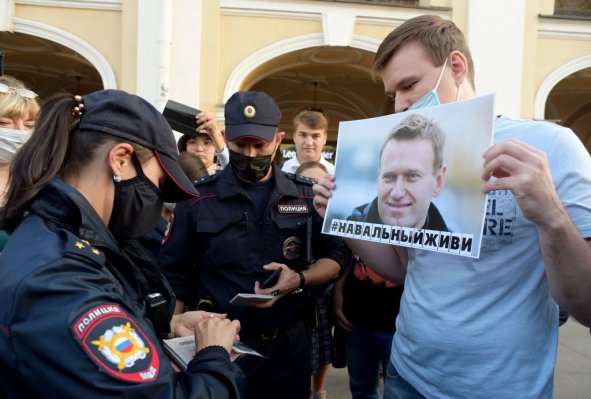 Russia Cracks Down Ahead of Pro-Navalny Protests
Next Up: Editor's Pick