Any substantive negotiations regarding how the U.K. should leave the European Union are not likely to take place at least for another year, said the former president of the European Council.

Herman Van Rompuy told BBC Radio 4’s Today program that he thinks the more serious talks would likely begin only after Germany has gone to the polls and formed a new government next September.

Previously, British Prime Minister Theresa May has told the country that her government would not activate procedures under Article 50 of the Lisbon Treaty — which officially dictates how an E.U. member state should withdraw from the union — before next year.

Read More: These 5 Facts Explain Why Brexit Could Lead to a U.K. Breakup

Van Rompuy denied that there are wishes within the E.U. to “punish” Britain for choosing to leave, but characterized Brexit, the result of a referendum on June 23, as “political amputation.”

“There are huge economic interests, but there are also red lines,” he added, naming the freedom of movement by citizens of E.U. countries within the union as one example.

Read More: The Worst of the Brexit Fallout Is Still to Hit the U.K.

The former Prime Minister of Belgium, who led the European Council between 2009 and 2014, suggested that the main reason for the referendum result “lies in Britain,” and that the country “had not many friends anymore.”

His comments come as leaders of the other 27 E.U. members states are set to discuss the organization’s future in the Slovakian capital Bratislava. 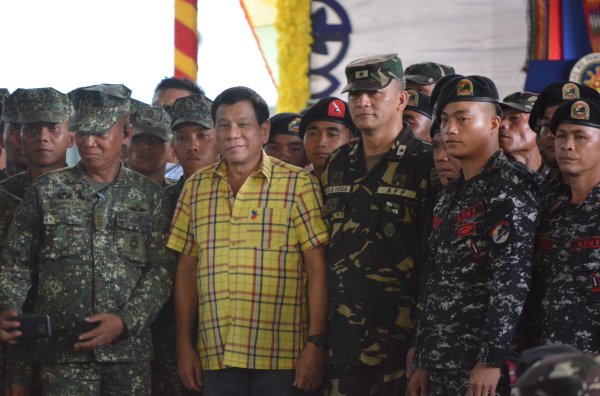 Philippines: Duterte 'Ordered Killings When Mayor'
Next Up: Editor's Pick