The pastor of a church in Flint, Mich., interrupted Donald Trump when the Republican nominee attacked opponent Hillary Clinton.

Trump was delivering a speech at Bethel United Methodist Church on Wednesday, speaking on the economy and Flint’s water crisis. “Hillary Clinton failed on the economy, just like she has failed on foreign policy,” Trump told the crowd. “Everything she touched didn’t work out, nothing.”

He attempted to continue the attack, when the Rev. Faith Green Timmons approached the lectern to cut Trump off.

“Mr. Trump, I invited you here to thank us for what we’ve done in Flint,” Timmons said. “Not to give a political speech.”

Trump backed down, saying, “O.K. That’s good. And I’m going to go back onto Flint.”

He returned to speaking about Flint’s lead-contaminated water, which has affected about 100,000 people since 2014 after the city left Detroit’s water supply and began using improperly treated water from the Flint River. Trump wrapped up his speech a few moments later, with a promise that the “damage can be corrected.”

Trump’s first trip to Flint since the water crisis included a tour of the city’s water plant that had its supply contaminated by lead.

Most Popular on TIME
1
U.K. Government Relaxes Quarantine Rules For Travelers From 58 Countries
2
TikTok Teens Are ‘Going to War’ Against the Trump App
3
Bad Bunny Speaks Out on Black Lives Matter: 'Living in a World Like This, None of Us Can Breathe' 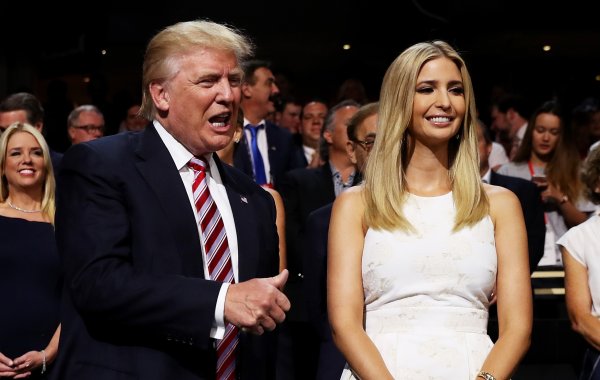