How Gretchen Carlson’s $20 Million Settlement Is a Rip-Off

Now that Gretchen Carlson has settled her claims against former Fox News chairman Roger Ailes for a reported $20 million, many observers lament that her specific allegations of sexual harassment will never come to light, presumably barred by terms of a non-disclosure agreement. Yet she likely would have been barred from sharing her story regardless—thanks to fine print in many employment agreements with large companies.

Known as forced arbitration, powerful companies use “ripoff clauses” to kick complaints brought by consumers and employees out of public court and into secret arbitration. Not only are victims barred from speaking publicly about the harm they suffered, every aspect of their claim is decided by a private firm bought and paid for by the company.

Sound fair? It’s not. A recent federal study revealed that banks and lenders are 10 times more likely to prevail in arbitration than their customers. In employment disputes, the Economic Policy Institute found that employees were 70% more likely to win in federal court over arbitration, and the median recovery for workers in federal court discrimination cases was $176,426, compared to just $36,500 in secret arbitration.

Forced arbitration has become ubiquitous in recent years. As consumers, it is virtually impossible to have a credit card, bank account or student loan without signing away our fundamental right to a day in court. Ripoff clauses are used by 86% of the largest private student loan lenders, 53% of the credit card market, and are found in 99% of payday loan agreements. Perhaps worse, fewer than 7% of the consumers have any idea contracts they signed prevent them from suing in court.

As employees, Americans are often faced with giving up crucial protections under established fair pay, anti-discrimination and other workplace laws or forgoing employment altogether. Self-reported data from 2010 showed that 27% of U.S. companies impose forced arbitration clauses on their employees. With recent Supreme Court decisions expanding the coverage of forced arbitration, that number has likely grown. This enormous legal discrepancy leaves millions of workers vulnerable to discrimination, harassment, wage theft and many other forms of otherwise illegal treatment as a condition of their employment.

When workers and consumers are locked out of class actions, very few choose to pursue their claims in arbitration. But even these few must often keep their claims secret, allowing companies to continue breaking the law without consequence and creating a system that rewards violators. As a result, systemic harm—like the allegedly toxic workplace culture at Fox News—is rarely addressed or made public.

The Consumer Financial Protection Bureau (CFPB) recently proposed a rule to protect consumers by restricting the financial industry’s use of forced arbitration. More than 100,000 consumers and 281 consumer, civil rights, labor and small business groups across the country wrote in to support this proposal last month. Twenty employment groups and labor unions, led by the National Employment Law Project, submitted a separate letter in support.

The CFPB is not the first federal agency to address the harm caused by forced arbitration. The Equal Employment Opportunity Commission (EEOC) has long recognized the danger of forced arbitration in employment, with policy statements dating back almost 20 years opposing it. In its 2016 policy statement, the EEOC details how forced arbitration “shields…employment practices from public scrutiny” and “impede[s] the development of the law.” The National Labor Relations Board has also held that class action bans violate federal labor law, a position recently affirmed by the Seventh and Ninth Circuit Courts of Appeal.

Americans should never be forced to trade in their rights just to participate in the workforce or the marketplace—nor should they be barred from sharing their stories publicly. In the wake of Carlson’s settlement with Fox News, let’s not lose sight of the practices that allow this kind of reprehensible behavior to flourish behind closed doors. The CFPB rule is a major step in the right direction; we need broader federal reforms to end forced arbitration altogether. 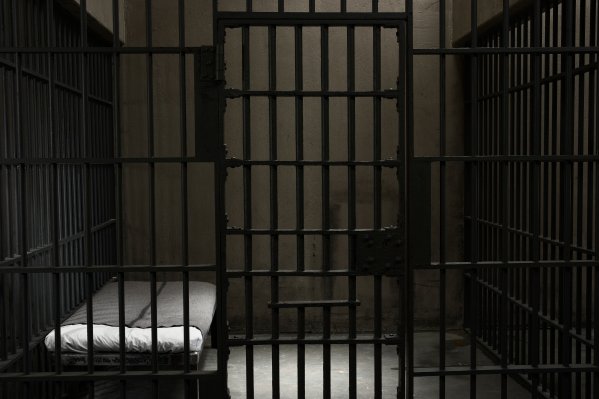 Leonard Peltier Is My Father and He Deserves Clemency
Next Up: Editor's Pick