Amazon Is Launching a Better, Cheaper Version of Its Smaller Echo Speaker

Amazon is launching a cheaper version of its smaller-sized home assistant, the Echo Dot, that it claims will be better at recognizing your voice from afar. The device is up for preorder starting Wednesday and will be shipping next month.

The new Echo Dot, which will be priced at $49.99 compared to its original price of $89.99, includes a more powerful speech processor and will be available in black and white color options. Amazon is also allowing anyone to purchase the Echo Dot, whereas it was originally only available for those with a Prime account and an Amazon device that supports its Alexa assistant.

The Echo Dot, unlike its larger sibling, isn’t meant to function as a primary home entertainment speaker. Rather, it’s aimed at those who want to be able to access Amazon’s voice-enabled personal assistant in different areas of the home. For this reason, Amazon is selling the new Echo Dot in packs of six and 12 in addition to offering the option to buy a single unit. The company also suggests pairing the Echo Dot with another Bluetooth speaker for those who want to listen to music, promoting the Dot as more of a virtual assistant and smart alarm clock than an audio accessory. The devices will be able to determine which one is best suited to answer a question or complete a task, says Amazon, in order to avoid having multiple Echos respond at once.

Amazon also recently said it will start selling its larger Echo speaker and the Echo Dot in the U.K. and Germany. Both announcements come just after the online retail giant revealed that its Alexa assistant is now compatible with more than 3,000 skills, which is up from 1,000 in June. Skills are third-party apps that work with Alexa, so that you can do things like ask your Echo to order an Uber or turn off the smart lights in your living room.

Amazon is expanding its lineup of Echo products and Alexa capabilities just as Google is preparing to launch its own voice-enabled assistant for the living room later this year. 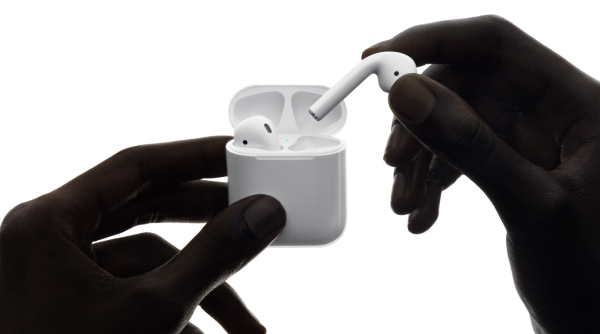 What It's Like to Try Apple's New AirPod Earbuds
Next Up: Editor's Pick