Patrick Dempsey is the ultimate cool dad — cool enough, even, to allow his three children (all under the age of 15) to see his new rom-com, Bridget Jones’s Diary, opening Friday.

On Tuesday’s Jimmy Kimmel Live!, the actor formerly known as McDreamy shared that he took his 14-year-old daughter to the London premiere of the Renée Zellweger romance, in which Dempsey plays one point of a love triangle alongside his British foil, Colin Firth. He’s also potentially the father of the titular baby, which could make things, well, awkward.

“The subject matter’s a little — in certain places, I was a little nervous. I was more nervous than she was,” he told Kimmel of watching the movie alongside his teenager.

He also screened the movie for his nine-year-old sons.

“They lasted about ten minutes and they checked out, they didn’t get the movie at all,” he said. Probably for the best. Check out the full interview with Kimmel above. 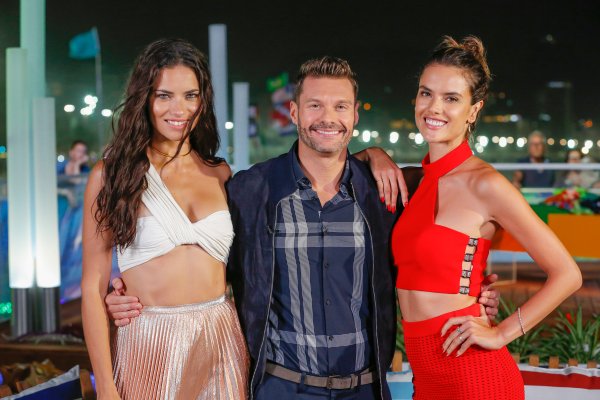 Ryan Seacrest and Adriana Lima Share a Dinner in New York
Next Up: Editor's Pick