Why We Still Don't Know the Whole Pearl Harbor Story

A small boat rescues a USS West Virginia crew member from the water after the Japanese bombing of Pearl Harbor, Hawaii, on Dec. 7, 1941.
AP Photo
By Lily Rothman

The 75th anniversary of a major historical event is a tricky one, says Craig Nelson, author of best-selling books like Rocket Men and The Age of Radiance. Those who remember that event first-hand were young when it happened and are elderly now. “You’re sort of on the border between journalism and history,” he says. “You have to make a giant effort to capture this material before it goes away for good.”

That was part of the reason why Nelson turned his attention to the Dec. 7, 1941, attack on Pearl Harbor, the subject of his new book Pearl Harbor: From Infamy to Greatness, available Tuesday.

He talked to TIME about what it’s like to take on a topic that has been so thoroughly dissected, and how it’s possible that there’s still more to learn about that infamous day.

When you’re researching something so huge, where do you start?

The guy who sort of did the big definitive book before me was Gordon Prange, and he wrote At Dawn We Slept. He had been given orders by General MacArthur to interview all of the Japanese captured as part of Operation Hawaii and Operation Z. He went so far overboard in his research that he died before being able to finish the book. So that’s the kind of research that’s involved. I ended up hiring about a dozen people—some worked on Japanese material, some worked with me in New York, some worked in Washington, and we produced over a million pages of research to start from. It was just overwhelming. At first I thought, I should really just give up. It was the most written-about thing in American history.

Part of what we researched was, What were the major books that people had written already and was there something new? A lot of the people, the survivors, were very young [at the time], and they were so traumatized. No one knew about PTSD then, and they didn’t have any kind of treatment for it. So a lot of these people never really talked about it, and then you have people who were ignored, such as most of the Air Force and the civilians and the whole Japanese-American side of the story. You end up finding out that there’s an enormous amount of material that isn’t commonly known or hasn’t been published before. There’s a lot more research to do and there’s a lot of stuff we can do that’s new.

Was there a most surprising research moment that you had during this process?

I guess the big surprise to me was all the horrible things that people would live with and they wouldn’t tell anybody.

That idea, that people were expected to just deal with it and not process their emotions, is that part of the reason why there remains more to be said about something that’s been so studied?

Yes, all of this stuff is new because people wouldn’t talk about it. Remember after 9/11, they had the pictures of people jumping off the towers, and how they made this effort to sort of scrub all that away? Something sort of similar happened with Pearl Harbor, where they tried not let people know how devastating it was. Roosevelt announced that 300 people had died when it was 2,403. There’s almost a protective quality the government wants to have, to go, ‘Oh, this wasn’t as bad as you think,’ when it’s much worse than any one of them thought.

How has our popular understanding of that day evolved over these last 75 years?

Well, of course, for the war years it was the great inspiration for winning World War II, to remember Pearl Harbor and honor the memory of those who died and get revenge and get payback. It became as popular as ‘Remember the Alamo.’ Even though it was very distant to people, it also seemed as though the Japanese might appear in California at any minute. Then, after World War II, people really forgot about it. They deliberately tried to put it out of their minds. I had one veteran tell me that the first time he talked about it with his children was when he became a grandparent. He didn’t mention a word of Pearl Harbor for 30 years. Other ones would say, well, who wants to remember that? It was traumatizing.

Is there anything you found that, over time as these different narratives evolved, got messed up? Something that everyone thinks they know but it’s wrong?

The view that we had of the Japanese government during this period was that we thought that they were like Germany, where the head [of the government] was a maniac and the government was practically a religious cult group operation. And this was pretty much our image of the 1930s Japanese government for 50 years. And just now, the new stuff is coming out, showing how they constantly wavered back and forth on whether or not to attack the United States. What’s a shame is that, because the military had told Roosevelt that Japan would never attack the United States, that he and his Secretary of State Cordell Hull were pretty belligerent in dealing with the Japanese during this period. If they had lightened up a little bit, we probably might have never had a Pearl Harbor or a Pacific war

The Americans were insisting that the Japanese had to pull out of China. If the Americans had said, O.K., how about you do this in 10 years, this in 15 years and this in 25 years, it probably would have worked. China for the Japanese was kind of like Vietnam for Americans. It was a quagmire and it wasn’t doing anything for them, but they couldn’t get out of it.

One of the most interesting points you make in the book is that if the Pearl Harbor strike had hit the nearby petroleum tanks, there wouldn’t have been enough fuel for the American Navy to fight the war in the Pacific.

It would have been very difficult. They had to ship all of their oil for running every engine from the west coast.

Are there other “what if” moments from that day that could have changed the course of the war?

It’s my whole favorite thing about this story. It seems to me that it was very close to never having a Pearl Harbor, and if that were true America wouldn’t have fought a Pacific war, and if that were true and there’s only fighting Italy and Germany, would we even be a global superpower? Pearl Harbor is this amazing trigger. You can say that even though Americans didn’t want to face the gruesome things they had seen in war, they made a lot of effort to make sure it didn’t happen again. 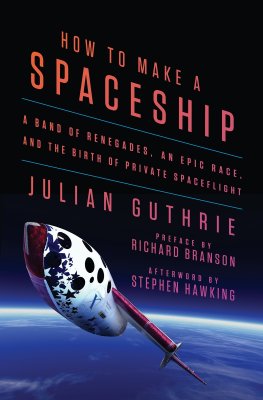 How Charles Lindbergh Inspired Private Spaceflight
Next Up: Editor's Pick