An Oregon white supremacist and his girlfriend who are accused of killing a 19-year-old black man now face new hate crime charges after police say the couple intentionally ran over the teenager because of his “race and color.”

Russell Courtier, 38, and his 35-year-old girlfriend Colleen Hunt were indicted by a grand jury on Monday for intimidation in the first-degree, the state’s bias crime statute, police said.

Authorities say Courtier mowed down Larnell Bruce last month after the two fought outside a convenience store, although it’s unclear what sparked the argument.

The couple chased Bruce down inside a Jeep after the teenager fled the scene, the Gresham Police Department said in a statement. Hunt, who was in the passenger seat, egged on her boyfriend to strike Bruce as the teenager attempted to run away from the couple’s vehicle, according to police.

“Get him baby, get him,” Hunt allegedly told detectives she said, according to court documents obtained by KOIN 6. Courtier and Hunt were already charged with murder and felony hit and run, the news station said.

Detectives determined that Courtier is a member of European Kindred and police said “the suspects have clear ties to a white supremacist group.” The affiliation to the group and the victim being black played a role in Bruce’s death, authorities said. Courtier and Hunt intentionally injured Bruce “because of their perception” of his “race and color,” according to the indictment.

Hunt’s attorney, Jonathan Sarre, told the Post that the new intimidation charge isn’t the biggest concern because it’s not the most serious crime that Hunt is accused of. Courtier’s attorney could not be immediately reached for comment. 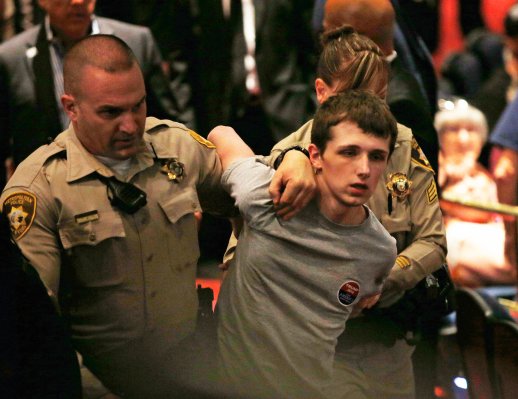