When you’re America’s hippest sweethearts Simone Biles and Aly Raisman, New York Fashion Week is just another stop on your star-studded victory lap around the country. The two Olympic champion gymnasts made a couple of strong appearances during the tail end of the week (not on the catwalk — but definitely in the front row), fitting some fashion into their schedules between TV appearances, lip sync battles, and preparations for their cross-country Kellogg’s tour.

Biles and fellow Olympian Conor Dwyer joked about being each other’s “dates” to events.

Raisman was custom-fitted for a front-row seating at the colorful Jeremy Scott show. She told the New York Times that she and the famously quirky designer had met at the recent MTV VMAs red carpet, when he invited her to attend his presentation. Fresh off of an early-morning flight from the west coast, Raisman obliged. And when asked if she’d be attending any parties, Raisman — living up to her reputation as the chillest gold medalist of all time — said she was just going to have dinner and go to sleep.

She also shared an up-close selfie, noting that her hair was done by Biles (and she did her makeup herself). The girls are pretty experienced at doing their own glam, after all; they don’t get stylists or makeup artists when they’re preparing for their competitions and the accompanying close-ups.

Both Biles and Raisman stopped by a sparkly Sherri Hill show, bedecked in dresses by the designer and sitting front row, naturally.

And as Teen Vogue editor Elaine Welteroth pointed out, Biles even spoke with Vogue editor Anna Wintour herself — a true Fashion Week coup.

Just another week at the top of their game for the Olympic medalists. They do make it look easy. 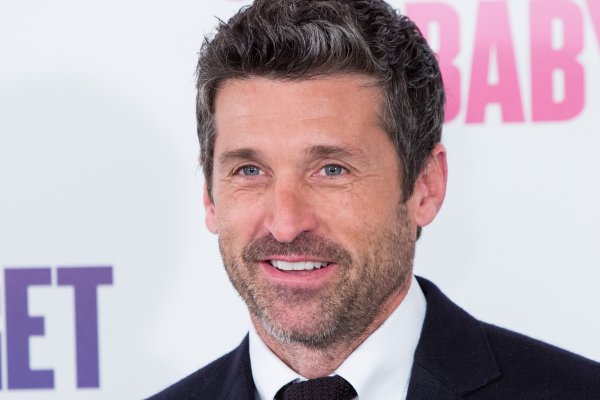 Patrick Dempsey's Kids Saw 'Bridget Jones's Baby' With Him
Next Up: Editor's Pick