Everything You Need to Know About Luke Cage

Mike Colter is back as Luke Cage, but this time he has his own show. Marvel and Netflix’s latest collaboration, Luke Cage, premieres on the streaming service Sept. 30. Here’s everything you need to know about the bulletproof superhero.

What are Luke Cage’s powers?

Luke Cage is super strong and his skin is impenetrable. Try to punch him, and you’ll break your hand. Try to shoot him, and the bullet will ricochet off his skin. He can even survive explosions and building collapses. He also can toss around muscular men like they’re stuffed animals and punch through walls.

Luke gained these abilities when experiments were conducted on him in prison. (He was, of course, wrongfully convicted.) But he’s reluctant to use his powers.

Why doesn’t he want to fight bad guys?

Luke is hiding out, in part because of the whole ex-con issue, and using his super powers would draw attention to him. But he’s also hesitant to make enemies because bad people did bad things to his family in the past. We learned in Jessica Jones that he tragically lost his wife.

Wait, we already met Luke in another TV show?

I didn’t watch Jessica Jones. What happened to Luke in that show?

Without spoiling anything, let’s just say that Luke Cage was trying to keep a low profile as a bartender when he met Jessica. The two began a fling and soon discovered that they both possess super-strength. Luke became a player in Jessica’s mission to take down a dangerous man from her past. Things got complicated.

By the time Luke Cage begins, several months after the events of Jessica Jones, Luke has retreated from Hell’s Kitchen to Harlem and is wary of both attracting unwanted attention and starting up any new relationships. The creators of Luke Cage have not yet announced whether Jessica Jones will appear in the show.

Who are the villains in Luke Cage?

Cornell Stokes (Mahershala Ali), a.k.a. Cottonmouth, plays a crime-lord who owns a popular Harlem nightclub. He and Luke quickly find themselves at odds when Stokes’ henchmen get too trigger-happy in Luke’s neighborhood.

Stokes is in cahoots with his cousin, Mariah Dillard (Alfre Woodard), a corrupt politician. Lurking in the background is a bad guy named Diamondback who sends his right-hand man to look over Stokes’ shoulder as Stokes tries to figure out how to kill Luke.

Does he have a catchphrase?

“Sweet Christmas!” The motto dates back to his comic book debut in 1972.

How is he different from the comic books?

The comic book character was created during the heyday of blaxploitation films. The TV version is much more modern. The creators of Luke Cage have thankfully traded in the character’s silky yellow shirt—unbuttoned practically to his navel—for street clothes.

How is Luke Cage different from Daredevil and Jessica Jones?

Each of Marvel’s Netflix TV series has had a very different tone from the last. The ultra-violent Daredevil served as proof that there was an audience for R-rated Marvel superhero stories. Jessica Jones dealt with more serious issues of domestic abuse and PTSD.

Luke Cage diverges from both these shows in both feel and story. Visually, it’s brighter. Musically, more ambitious—A Tribe Called Quest’s Ali Shaheed Muhammad and composer Adrian Younge scored the show with jazz-inspired hip-hop. Thematically, it’s more about the neighborhood of Harlem than it is about flashy CGI effects.

And it’s Marvel’s most political project yet. Creator Cheo Hodari Coker spins out the social implications of a bulletproof black man in the era of Black Lives Matter, confronts issues of gentrification, writes debates between character over the use of the N-word, name-checks the likes of Zora Neale Hurston and has Cage carry around a copy of Ralph Ellison’s Invisible Man. Luke, who carries himself with ease and intelligence and is slow to use his strength, wears a hoodie, in a nod to Trayvon Martin and a visual argument against the assumption that a black man in that outfit is inherently threatening.

What’s next for Marvel and Netflix?

This is Marvel and Netflix’s third collaboration after Daredevil and Jessica Jones. Before the end of the year, they plan to release a fourth series, Iron Fist. In that show, Game of Thrones‘ Finn Jones will star as Danny Rand, an orphan and martial-arts expert with the ability to call on mystical powers. Then all four heroes will come together for a Defenders series, set to release in 2017.

Who are the Defenders?

The Defenders are like a local version of The Avengers. They’re all based on New York and deal with villains in that city. While that may not seem as exciting as the Avengers fighting aliens, the Netflix platform has allowed Marvel to experiment more in terms of tone, politics and representation with the Defenders than they have with their blockbuster films. 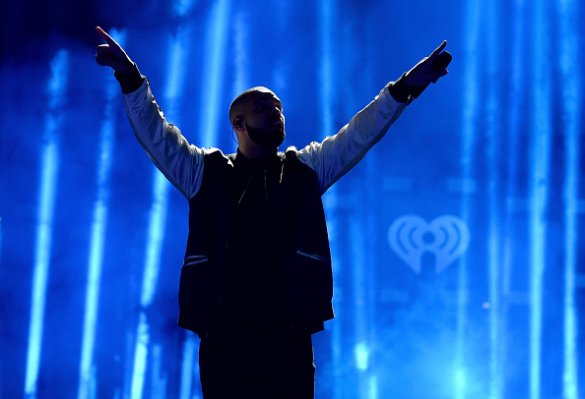 Now You Can Watch Drake's Short Film Please Forgive Me
Next Up: Editor's Pick