Supermodels: they’re just like us. Well, maybe aside from the former boy-band boyfriend and the clothing line with Tommy Hilfiger.

Gigi Hadid appears on the October issue of Harper’s Bazaar, and opens up about what a day in the life looks like for a super-busy supermodel. While her day begins with a hearty breakfast (“I drink orange juice and coffee always” or the occasional plate of breakfast beans, thanks to Zayn), Hadid emphasizes her work ethic and passion for sports. She loves boxing because it wakes her up and it’s something she can strive to get better at.

Hadid has spoken out in the past about being body-shamed, but she’s strict about maintaining a healthy diet and lifestyle. She tells Bazaar, “My personal motto is “Eat clean to stay fit, have a burger to stay sane.” She’s not afraid to indulge in treats—such as pints of ice cream—like the rest of us. After finding out one of her favorite ice cream stores closed, she decided to “Postmate pints of it to my apartment.”

Hadid’s aspirations go beyond the modeling world, albeit potentially hypothetical. She explains that she loves a good night in to cook and watch a movie. She says, “If I were ever to play a character, I would want to be some sort of action hero. Not necessarily a superhero but something along those lines, like action-driven. Maybe the first female president!” 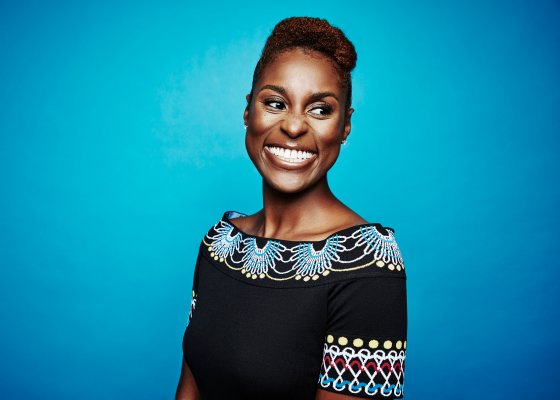 Insecure’s Issa Rae: ‘Just by Being Me, I’m Being Black’
Next Up: Editor's Pick