“If I play well, my mother might forgive me for being who I am.”

Lesbian soccer star Abby Wambach writes those words in her new memoir, Forward. And on Tuesday’s Good Morning America, co-host Robin Roberts repeated those words to the 36-year-old as the athlete opened up about her journey toward self-acceptance and why she thought career success would help her mother approve of her sexual orientation.

Wambach also spoke out about her divorce from wife Sarah Huffman and her longtime battle with alcohol and prescription drug abuse.

Wambach is a two-time Olympic gold medalist, FIFA Women’s World Cup champion and six-time winner of the U.S. Soccer Athlete of the Year award. She holds the world record for international goals for both female and male soccer players with 184 goals – and was given the Icon Award earlier this year at the ESPYs.

But despite those accolades, the now-retired soccer star still struggled to feel loved by her family.

“I came from a fairly conservative [upbringing],” she said on the morning show while addressing her Irish-Catholic family and Catholic-school education. “I know my mom loves me – I know my family loves me. But sometimes for really deep-feeling people, it’s hard to actually feel that.”

She added: “Being gay and then having some of these demons that I felt I had to numb away – and some of the pain that I had throughout my career – it was part of who I am. Being inside my own skin and being scared and being in pain? I just really wanted to feel love.”

Wambach wasn’t intending to open up about those personal demons in her book. But in April she was arrested in Portland, Oregon, and charged with driving under the influence of intoxicants after allegedly failing to stop for a red light and failing a sobriety test.

She later pled guilty and wrote a heartfelt apology on Facebook: “This is all on me.”

“Once I got the DUI, I was like ‘this has to be part of the story and now I have to actually really tell it,’ ” she said. “I think it’s a story that needs to be told.”

Despite her substance abuse struggles, Wambach was quick to clarify that she was never drunk or high while on the field.

“This is something that happened obviously after games and during mostly off periods like off-seasons,” she said. “The prescription stuff didn’t happen until late in my career, and alcohol – you know, I’ve been drinking alcohol since I was 21-year-old. That was something that kind of evolved over the course of my career.”

It took her years to finally face herself. “I was ashamed for a long time – that’s why I wasn’t capable of getting help,” she confessed. “[My family]’s upset because I was in so much pain and they didn’t really even know because I kept it private for so long. This is like my call to people out there to not be ashamed of this, to ask for help.”

While she hid her abuse from her family, one person was all-too-aware of her addiction issues: Huffman.

“This whole struggle that I went through, she saw firsthand,” Wambach said of Huffman. “She was literally on the front lines of this and was my biggest advocate – my biggest champion and was there for me in times when I didn’t even know I could be there for myself.”

The two married in 2013 – and even shared a high-profile victory kiss after the 2015 World Cup.

“That moment was so iconic and something that I’m very, very proud of,” Wambach said of the smooch.

Wambach revealed they were divorcing in her book after nearly three years of marriage.

“For me this is really hard,” she said on GMA. “Obviously going through any divorce is difficult, but [I have] nothing but love for Sarah.” 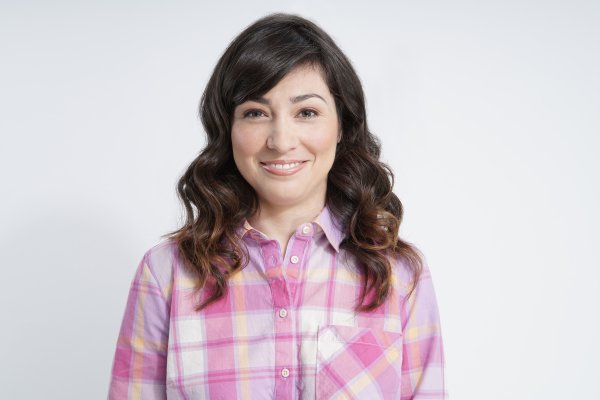