The irreverent comedy collective Improv Everywhere decided to set up a fake press conference on the iconic steps of the New York Public Library.

An official-looking microphone stand acted like a lure for random people to pose behind, and as soon as anyone stood behind the mics, the comedy group ambushed the unsuspecting people with mundane questions — with pretty hilarious results.

“Sir, can you tell me your stance on ‘Netflix and chill?'” one comedian/reporter asks a bemused tourist who happened upon the prank.

“I love that,” the man responds.

In another instance, a woman sipping an iced coffee casually taps one of the microphones to see if it’s on — and is rapidly mobbed by the waiting “reporters,” who disguised themselves by standing at a nearby bus stop, according to their account.

“I see you drinking a Starbucks coffee. Is that an endorsement? Are you in the pocket of coffee?” demands one of the members of the “press.”

“It is! Starbucks is life, everybody. It’s a lifestyle,” the woman proclaims.

Watch the video above for more improvised fun. 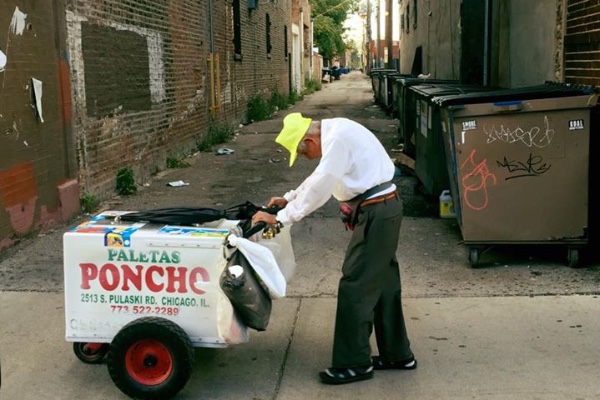 Photo of Elderly Street Vendor Leads to $160,000 in Donations: 'I Will Be Able to Rest'
Next Up: Editor's Pick