“Families with a stay-at-home parent will be able to fully deduct the average cost of child care from their taxes,” Trump said in speech in Aston, PA on Tuesday night. “I’m hearing, ‘Wow!'”

Trump announced his childcare plan as Clinton is taking a short break from the campaign trail to recover from pneumonia. He also said Clinton “has no childcare plan”; she unveiled an ambitious child care plan in May that includes 12 weeks of paid family leave (available to both parents), aims to cap childcare costs at 10% of a family’s income and proposes subsidized early childcare.

Ivanka Trump, who is widely considered to be the Trump campaign’s secret weapon to reach women voters, introduced her father and outlined the the need for a comprehensive child care plan. “I have three young children myself and I’m grateful daily for the means to pursue two of my dreams: being a mother and investing in a career that fulfills me,” she said. “I recognize that far too few women can say the same for themselves and that I am more fortunate than most.” She noted that 70% of mothers with kids at home also have jobs outside the home, and 64% of those moms have kids under six.

In explicitly reaching out to stay-at-home parents, Donald Trump is stoking an age-old debate about whether motherhood counts as a “job.” But it’s also a calculated political bet. About 84% of stay at home parents are mothers, according to Pew findings from 2014. And the number of mothers who do not work outside the home has grown slightly in the last few years, to 29% according to the same Pew survey, after plummeting over the last three decades of the 20th century as women flocked to the workforce. While women overall tend to skew Democratic, and professional women tend to favor more liberal policies, stay -at-home moms are less likely to identify with either party, according to a Gallup poll in 2012. They’re likely to describe themselves as “independent” voters, even though 37% say they’re conservative. Married stay-at-home mothers tend to be more affluent and more likely to believe in traditional gender roles, which might endear them to the Republican party.

A memo circulated Tuesday said the Trump plan would give stay-at-home-parents the same tax deduction as working parents, in order to give them “compensation for the job they’re already doing.”

Ivanka Trump also made an explicit pitch to these mothers: “Raising children full-time is one of the hardest jobs anyone can do,” she said. “It’s essential that our policies recognize and honor that reality.”

It’s not just that these mothers are a valuable demographic for Trump; experts say including stay-at-home moms in childcare policy is only fair. “If we pay for child care, which we should do, then it’s a subsidy only for moms who work or go to school,” says Ron Haskins, co-director of the Center for Children and Families at the Brookings Institution. “That seems to favor moms who work rather than stay home, and that does not seem like a good public policy.”

But Haskins and other experts say that the rest of the child care proposal leaves much to be desired.

Trump’s plan rests mostly on rewriting the tax code to allow working parents to deduct child care expenses from their income taxes, as long as they make less than $250,000 each. Low-income families could get as much as $1,200 per year in spending rebates through the Earned Income Tax Credit. And the Trump plan creates Dependent Care Savings Accounts (DCSAs) to help family save for childcare or elder care. For low-income parents, the government will match half of the first $1000 (so, up to $500) each year. He’s also calling for six weeks of paid maternity leave (but not parental leave that would apply to mothers and fathers) and planning to fund it through existing unemployment insurance.

Other critics say Trump’s plan is set up in a way that requires families to pay child-care costs up front, then wait for reimbursement during tax season, an arrangement that may do little to alleviate the squeeze on working families day-to-day. “This is a program that’s really designed for wealthier families,” said Vivien Labaton, co-director of the nonpartisan Make It Work Action Fund. “This is for the Ivanka Trumps of the world.” She also noted that he didn’t say anything about raising the pay of care providers, who often scrape by on minimum wage.

Others pointed out that linking child care credits to income tax means that rich parents get a bigger break than low-income parents, even though they need less help. American Federation of Teachers president Randi Weingarten called Trump’s plan a “shell game” and said in a statement that the plan was ultimately “a tax deduction that will mainly help those who are well off enough to itemize.” She also slammed Trump for ignoring any quality controls and for proposing to reduce regulations that keep kids safe in day care, like requiring providers to have safe cribs and fire extinguishers. The AFT has endorsed Hillary Clinton.

The timing of the announcement also raised questions. “The late breaking nature of these policy proposals seems like a pretty naked attempt to appeal to women voters less than 60 days before election day,” Labaton says. “Throughout Donald Trump’s campaign, he has made his views on women very clear, and they’re not pretty.”

The Make it Work campaign advocates for a substantial national investment in child care, to ensure that no family pays more than 10% of their income to child care costs and no child care worker makes less than $15 per hour. While the non-partisan organization doesn’t endorse any candidate, Labaton says Hillary Clinton’s plan is substantially more robust. Clinton is calling for 12 weeks of paid leave for men as well as women (double what the Trump campaign suggests), universal pre-K, and a cap on child care costs.

And if Trump is unveiling his child care plan now in an attempt to woo women voters, Labaton says she’s not buying it. “I think that voters will be able to see that this is really a wolf dressed up in sheep’s clothing,” she says. “It’s much too little, and it’s way too late.” 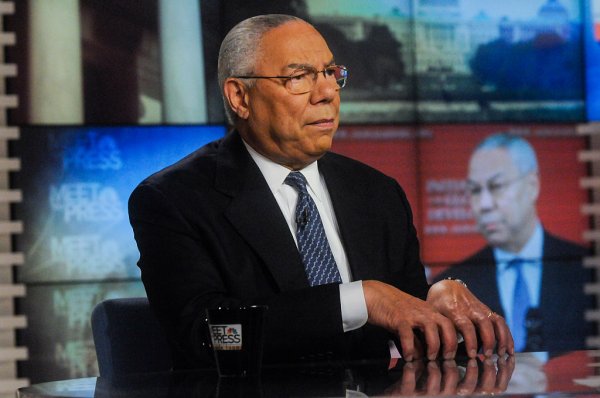