Why Heart Health Advice Is All Over the Map

Vector illustration of a stethoscope twisted into the shape of a heart on a pink background.
Getty Images
By Alice Park

Preventing heart disease is far better than treating it and in recent years, advice about how to prevent heart problems seems to have surged, thanks to burgeoning information about how the heart works, and how to keep it functioning at its best. Recommendations and guidelines cover everything from lifestyle habits about what to eat and how much to exercise, to what type of drugs can help, and when and how much of these medications make sense. So why are more than 600,000 people still dying of it every year?

In a review published in the Annals of Internal Medicine, researchers studied the guidelines that doctors currently use to evaluate patients for their heart health and found considerable inconsistency on who should be screened for heart disease, and, once they are screened, whether and how they should be treated.

Among 21 guidelines from groups like the American Heart Association (AHA), the European Society of Cardiology and the U.K.’s National Institute for Health and Care Excellence, most agreed that screening for heart disease should be done, not only among people who have already had heart problems, but among certain people who are still healthy but might be at increased risk of developing heart disease. While most people may not be familiar with these guidelines, they’re what doctors rely on to help them navigate who should be tested and when.

But coming up with more specific advice for heart health—such as at what age to start discussing heart risk factors with otherwise healthy people and how rigorously they should be screened—remains challenging. That’s because unlike with people who have already had heart attacks, this group is far more diverse. Doctors have to consider everything from their genetics to lifestyle habits and whether someone smokes and drinks. Plus, each person’s individual profile of these risk factors gives them a different amount of risk, so figuring out where the line is between acceptable and more dangerous risk is tricky at best.

The AHA and American College of Cardiology (ACC) jointly advise doctors to start screening far earlier than other groups. That’s because some people are genetically prone to developing high cholesterol levels or elevated blood pressure, for example, and might benefit from earlier and more intense monitoring and changes in their lifestyle. Dr. Elliott Antman, past president of the AHA and a cardiologist at Brigham and Women’s Hospital, who has served on the AHA-ACC committees that developed guidelines, says that screening younger people could identify these individuals at a time when they could benefit from interventions, and perhaps even avoid heart attacks down the line. That, ultimately, could lower deaths from heart disease and was deemed important enough to recommend screening younger people.

The central question is this: How much risk is acceptable for otherwise healthy people? When does that risk become unacceptable, and when it does, how aggressively should doctors be in using treatments to minimize them? Is there a cutoff point below which cholesterol levels, for example, don’t tend to promote heart attacks, and above which they do? Is there a similar threshold for blood pressure?

Clearly, there aren’t objective answers to these questions since each person’s risk is a combination of his behaviors, his environment and his genetic makeup. But guidelines by definition try to standardize what ultimately is an individualized formula for predicting risk. That could explain why the different recommendations the authors studied contained discrepancies. Despite the fact that they are reviewing the same data on how effective interventions like statin drugs or blood pressure control can be, they may weigh risks of side effects and the risk of heart damage differently. “People look at the scientific literature and come up with different conclusions,” says Dr. Steven Nissen, chairman of cardiovascular medicine at Cleveland Clinic.

Take aspirin, for example. While the Food and Drug Administration (FDA) says that aspirin is too risky—it can cause stomach problems, intestinal bleeding and increase the risk of bleeding strokes—for anyone who doesn’t have heart disease to take, the AHA and the ACC continue to advise certain people who might be a higher risk of having heart problems to consider taking low dose aspirin to prevent a possible first heart event. Heart experts, in other words, believe the potential benefit of preventing a heart attack or clot-based stroke outweighs the risk of bleeding for some.

The same disagreement is brewing over blood pressure. Researchers recently found that people with hypertension who lowered their blood pressure even beyond currently recommended levels of 140-90 mm Hg, could significantly reduce their risk of early death from not just heart disease but of all causes. That’s raised a lively debate over whether those people should be adding anti-hypertensive medications on top of their current regimen to bring their numbers even lower, despite the side effects of the drugs, which can include too-low blood pressure that leads to dizziness, fainting and falls. While heart doctors are leaning toward changing their guidelines to include lower blood pressure goals, primary care doctors are less eager to make that change, since they’re equally concerned about their patients’ risk of falls. “We tend to say let’s look at this patient,” says Dr. Wander Filer, president of the American Academy of Family Physicians who sees patients in York, Penn. “We may counsel them more intensely on dietary approaches to stop hypertension by reducing the salt they eat, and we may increase the frequency of their visits and ask them to keep a food diary. You have to know the patient and have a sense of what approach might work for them and explore their options with them.”

Making sense of risk depends heavily on data. That’s best generated by randomized controlled trials. But because these trials require rigorous monitoring and cost a fortune, they often involve fewer people who are followed for shorter periods of time, and are expensive to do. Not many of these trials have been conducted, for example, to support the use of low dose aspirin in people who might have a few risk factors for heart problems, which is why some groups recommend they only be used in people between aged 50-59 while others only advise their use in women with elevated risk and the FDA recommends against aspirin for preventing heart disease in people who haven’t had heart problems at all.

Most of the advice in guidelines, therefore, is a combination of this type of gold standard data, less reliable data from population studies, which have the advantage of including more people studied over a longer period of time, but a greater chance of bias since they aren’t controlled, and a good dose of expert opinion.

Groups like the AHA are considering better ways to study heart risk factors and identify vulnerable populations. They include embedding randomly assigned interventions like aspirin into large observational studies to get the both of both worlds for generating reliable data. NIssen also says that including patients in guideline writing groups would also improve them tremendously. “The people who actually have the most at stake aren’t represented,” he says. Patient perspectives could help to refine challenging issues like risk in more practical ways.

In the meantime, Antman finds hope in the fact that there were some things that most guidelines seemed to agree upon when it comes to preventing heart disease—don’t smoke, keep your blood pressure under control by avoiding high salt diets and exercising regularly, and keep your cholesterol as low as possible, including with a statin if you need it.

And for both patients and doctors, it’s worth remembering that guidelines are just that: guides and not mandates. “They should be starting points for conversation with the patient in shared decision-making, as opposed to mandates,” says Nissen. “Then it’s a much better process for both the doctor and the patient.” 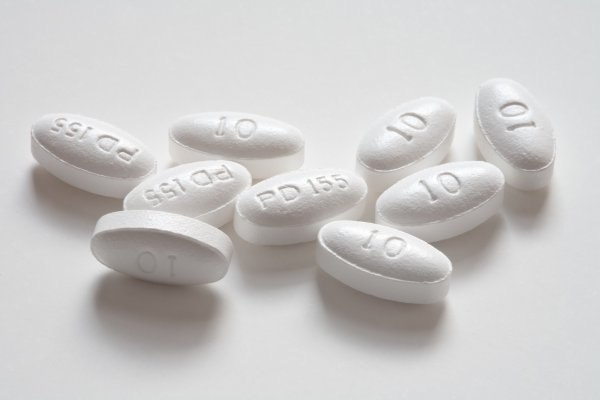 Statin Drugs Are Safe and Underprescribed: Researcher
Next Up: Editor's Pick